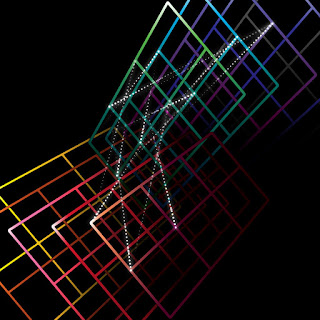 Many readers will no doubt be at least somewhat familiar with the player piano music of Conlon Nancarrow (1912-1997), who created a body of work that took advantage of the nearly limitless possibilities of piano roll production to fashion a virtually unearthly sound.

And now we have a new voice on the player piano modern stratospheric horizon. some viable new sounds for such things, namely one Chris P. Thompson and his fascinating album of New Music for player piano, True Stories & Rational Numbers (Grin Agog Music AGOG-301). There are eight movements of the long composition represented on the album, with one reprised at the end. Thompson notably used the entire spectrum of available piano notes to create multiple parts that are rhythmically ultra-sophisticated, motility driven in ways virtually impossible with the human hands, tuned and retuned in a stimulating manner, and musically satisfying in the best sort of right-now Modern ways.

With Nancarrow the  sound and virtuosity of the works are astonishing. Chris P. Thompson is after something a bit more subtle, but equally rewarding. The piano throughout is tuned in just intonation--based on the overtone series and simple whole number frequency ratios. The composer tells us that "this recording represents an idealized realization from the near future where four grand pianos can dynamically retune themselves to an infinite lattice of pitches, and dance to the rhythmic relationships of simple mathematical ratios."

It feels as you listen like there is a future ethnicity, a kind of ritual ecstasy of tone that charges through your listening self in wonderful ways. It is indeed a true sonic adventure to hear and rehear this worthwhile, beautifully recorded music. Highly recommended.