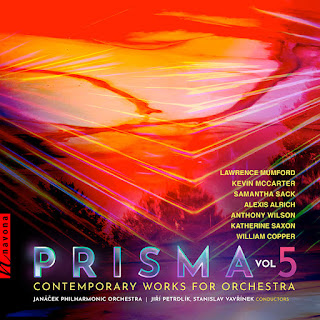 For each and every newly recorded composer-composition there does not necessarily exist an awakened lifestyle of success and continuation. As a young fellow I thought that there would be such an outcrop out of necessity. I also thought my vote counted. I still think that.
As for the fate of the many composers out there in the world scuffling and shuffling to make it, here is to you. If you like me have sampled, for example the rich trove of New Music releases over the years on Navona/Parma, you perhaps have come to know more intimately that there have been a good number of composers out there in the last 100 years. Combine the total output of this label with whatever else has been released on other labels and you have a formidable number or artists and works. Perhaps necessarily they are not all going to change the world. Yet there are a surprising number who if you pay attention have something good to offer us.

One of the places where you can get a jolt of unknown works and composers, it is surely on the various anthologies that Navona puts out. Here in front of me is one such, named Prisma, Vol. 5, Contemporary Works for Orchestra (Navona NV6344). On it we get seven shortish works, world premier recordings one would assume. You may not know any of these musical inventors by name, or perhaps you might. The list? In order of appearance we have Lawrence Mumford, Kevin McCarter, Samantha Sack, Alexis Alrich, Anthony Wilson, Katherine Saxon, William Copper.

"Bell and Drum Tower" by Alrich has a kind of sequential compulsion, a will to figurate that sets it apart. "Nunatak" by Saxon has a glorious sort of hushed mystery about it, then an emergence. At the beginning of the program there is another gem, a beautifully mysterious "Adagio of Times and Seasons" by Mumford. Samantha Sack's "A Kiss in the Dark" lingers gently in the memory even if you are still listening!

It is all tonal but not as backward looking as one might have assumed in tonality as we found it say a century ago. Nothing here is quite avant but there is plenty of substance to it all, which is what matters in the end. It is a rather joyful listen if you clear your mind and wipe away expectations. The Janacek Philharmonic sounds good and conductors Petrolik and Vavrinek get a good handle on the nuances and overall thrust of each work.

Recommended fare for those who wish to delve into the more obscure but nevertheless worthwhile.