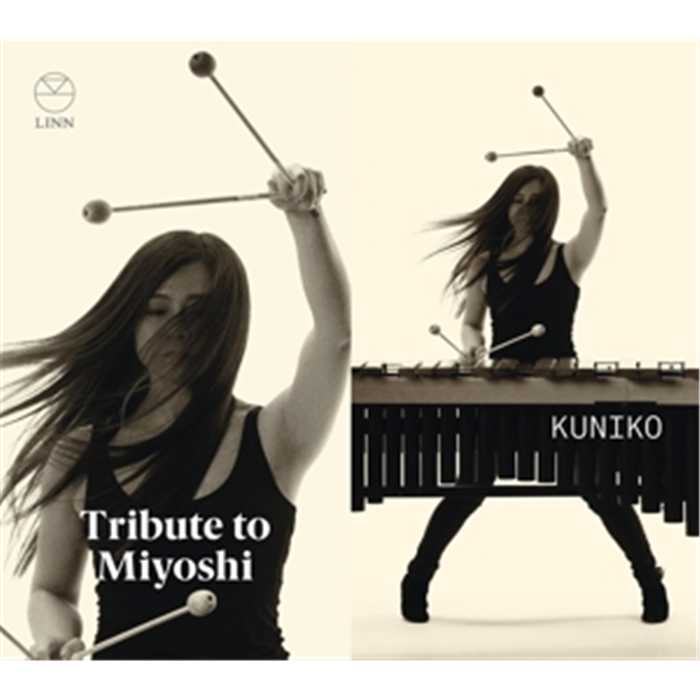 I have long honored Akira Miyoshi (1933-2013) as one of those musical icons of the High Modern era in Japan. For some reason in the States he has perhaps not been as well known as, say, Takemitsu, but I feel he is just as breathtaking when you give his music a chance. Happily we are now given a great further opportunity to savor his musical brilliance with a timely album I am happily catching up with, namely marimba virtuoso Kuniko's Tribute to Miyoshi (Linn OKD 596). This one brings you a kind of mood born of an open space spareness that has nothing to do with repetition and everything to do with space and sound conjunctivity. Listening I though of the aesthetic of haiku, of the traditional Japanese house, of letting something breath and thrive out of the bracketing of a key element or two.

We are treated to five absorbing works performed on marimba marvelously well. The "Concerto for Marimba and String Ensemble"(1969) brings Kuniko together with the Scottish Ensemble and it is thing of cogent beauty. It comes to us after three sparking works for solo marimba and so seems all the more revealing in its facticity and gives us pause before a solo farewell brings us to a complete circle.

If you need a high water mark it is in part felt in the third work, a triumphantly demanding piece de resistance, "Ripple for Marimba Solo" (1999). The overall music arc of building to heights and closing with dramatic space is beautifully spelled out with the sandwiching-framing of the concerto with the opening "Conversation" (1962), the following "Torso for Marimba" (1999) and the closing "Six Prelude Etudes" (2001).

And in the end, the Concerto has such a sonic fingerprint that you feel like you have been in a special musical place, that Miyoshi has given us such a vivid image of things that it stands out, and forms a nicely contrasting part of the program for that matter. And I can scarcely imagine a better performance for all of this. Kuniko shines as brightly as an all encompassing sun. And we are all the better for it.

It is music to dwell in, the more the better it sounds, the more you are inside of the music and its colors, its dazzle and its meditative sureness of purpose, its expressive depth and heights, the more it comes clear in the hands of Kuniko. It is in every way a triumph. Bravo.

Posted by Grego Applegate Edwards at 8:28 AM