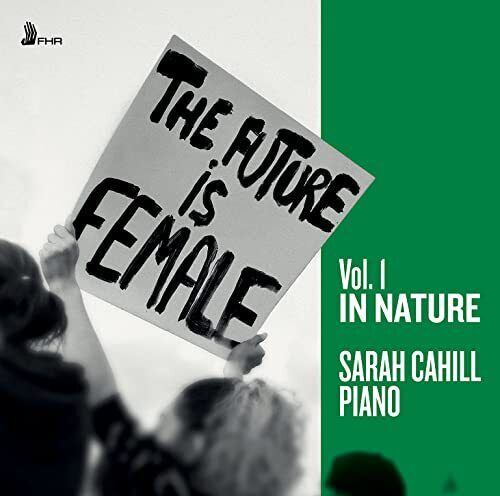 Of all the music I have listened to over the years, there were at first few female composers recorded who wrote for the solo piano. In years gone by, the emphasis of course originally was of the dominant male composers over time, and of course there was plenty to appreciate as there still is. On the other hand the musical lifeways as expressed in recordings and performances has gradually turned as the world view changed to consider women and their contributions, to resurrect or uncover the talent and achievements of women, even if many were not given the attention of their male counterparts when they lived or until recently.

All that of course has changed and we now have many worthy woman composers to appreciate in the contemporary world but also historically. As a welcome aspect of such things pianist Sarah Cahill has embarked on an ambitious multi-volume set of relevant piano works which are apparently available as a set but now also coming out on individual CDs as well. The project as a whole is entitled The Future is Female and the first installment I have been listening to and I consider here is entitled Volume 1: In Nature (FHR 131).

On this initial volume we are treated to some 16 compositions by women hailing back as early as the 18th century through to today. Ms. Cahill approaches each work with care and sympathy, and not some little amount of flair.

So all that as you give it some good listens stands out as well worth hearing and having. The music runs the gamut from early Classical through Modern and beyond. Very good music, very well performed. I thoroughly recommend it for those who find the idea interesting. It is all one could hope for and more besides.