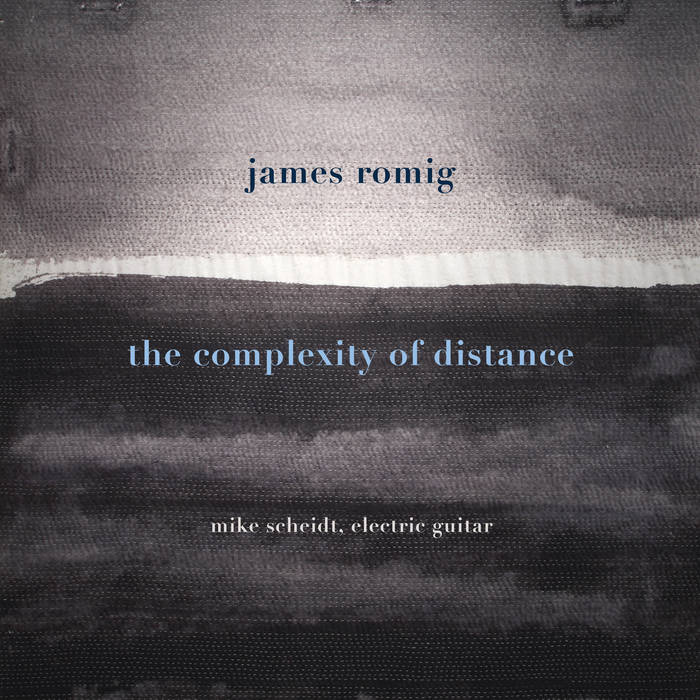 ,
Over the years, there has been a gradual realization by some that the fully electric guitar, perhaps akin to the hurdy-gurdy or the various other common folk vehicles in Early Music, is ripe to be appreciated as a worthy instrument for serious New Music.  Francis Thorne (1922-2017), American New Music composer, was perhaps the first to excel, to be instrumental in composing for the very electric guitar. Listen to his "Liebesrock" from 1968-69, which happily was part of a CRI release years ago. Beyond that, among other things, there have of course been electric guitarists/composers Terje Rypdal, and Robert Fripp especially, who have pioneered a guitar style that at times came to a kind of New Music viewpoint and gave a very cogent argument for the happy depth of sound color and musicality of the very electric guitar as soloist in Modern Classical ensemble music, or for that matter its parallels in ambient Rock and advanced Jazz.

We segue to the present and another significant milestone with such developments, namely James Romig's The Complexity of Distance (New World Records 80847-2), a full length work for solo metal-strength electric guitar as played adeptly by Mike Scheidt.

The work unfolds gradually with long sustains of power chords that richly fill the aural space. It is in its own way a kind of tour de force of the metal guitar as a New Music solo/orchestral vehicle. Highly recommended. A pioneering achievement!

Posted by Grego Applegate Edwards at 10:25 AM