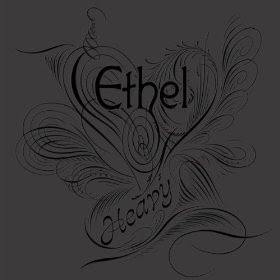 We are in a period of experimentation and flux for modern concert music, no less so than in the '60s if you look for it. The Kronos and Turtle Island String Quartets have experimented for some time with the incorporation of rock, jazz and world musics (with their handmaiden minimalism) into the quartet repertoire. The quartet Ethel is another one of the groups that has dedicated themselves with success and acclaim to the new explorations and they give us their latest traversal of unusual works in this vein on their release Heavy (Innova 820).

This is their third album since their formation 14 years ago. It's a wildly unpredictable ride through the newest new compositions by Don Byron, John Halle, Julia Wolfe, John King, Raz Mesinai, David Lang, Kenji Bunch and Marcelo Zarvos.

Heavy is well-named. The music sometimes has the weight of amp-overloading metal, with insistence and torque. Other times there are lighter, more ethereal sounds to be heard. Blues-rock-ethnic tonality spiced with dissonance and tonal/textural contrast, repetition and change, themes taken from Thelonious Monk and Marvin Gaye, and a general post-classical attitude are what you hear and feel.

It's bracing, it's healthy, and the quartet plays with edgy brio and subtlety combined. It is what New York is, the center of creation (if you'll have it) where anything goes if it is done well. And this is a fine example of the now that New York remains. And it is done well. Very well indeed.
Posted by Grego Applegate Edwards at 4:37 AM