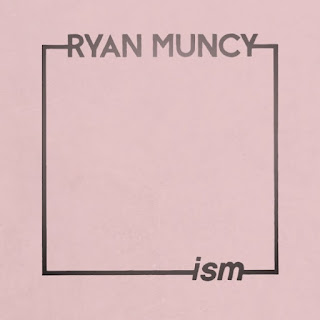 To understand the full historical sweep of Ryan Muncy's solo saxophone disk ism, you have to go back to the late sixties. Around 1968 sax-composer Anthony Braxton came out with the 2-LP set For Alto, which was nothing but Anthony's alto sax in a series of structured improvisations, each of which made full use in one way or another of the many extended techniques Braxton had mastered and which now find their way into just about all avant sax masters' arsenal of expressive means, whether it be in the free jazz zones or the new music classical realms. Braxton was by no means the first to use these various harmonics, overtones and other richly timbred techniques (John Coltrane was among the most prominent and earliest) but Braxton was the first to do it all solo and he did have sound(s) all his own.

Another key innovator was La Monte Young, whose later '60s recordings of drone based pieces for soprano sax, viola etc. were not widely circulated when they were made but ultimately were very influential.

These are some of the key roots that Ryan Muncy expands upon in ism. He is not copying these early pioneers so much as he is expressing what has become part of the zeitgeist of our era. And so accordingly he plays some six works for solo sax--tenor, alto and baritone--written in the modern, sound color manner by the likes of James Tenney (1978), Eric Gee (2015), David Reminick (2011), Morgan Krauss (2014), Evan Johnson (2012), and Lee Hyla (1979).

Tenney's "Saxony" uses digital delay to built up an orchestral density of saxophone parts that owes something to the influence of La Monte Young (and you could say that of all trance-oriented minimalism) but creates in his own way a distinctive musical world that Ryan Muncy realizes superbly.

From there we have Gee's "Mouthpiece" for sax and some subtly effective percussion--and then the pieces that follow utilize solo sax alone in a program that is as fascinating and bracing as it is well played.

I find the album holds its own after many hearings. New music and avant jazz adepts will equally find this program of great interest. Bravo!
Posted by Grego Applegate Edwards at 5:36 AM