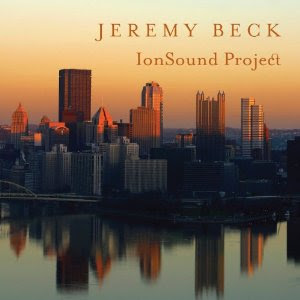 There are more and more composers today that have embraced tonality and earlier styles with a vengeance. At first it seemed that most of those were retreating to a neo-romantic zone. Then there was minimalist linear tonality. Others combined tonality with its opposite. Jeremy Beck favors lyrical excursions into music inspired by Stravinsky's neo-classical period and perhaps a taste of Hindemith. But of course that's not all, there's a little of the S. Barber of Knoxsville and a general rhapsodic approach the puts Beck in his own niche.

The CD at hand IonSound Project (Innova 797) features seven mostly rather brief compositions scored for various instrumental and vocal combinations, as played (well) by the Pittsburgh based sextet IonSound Project.

It is very finely crafted music that leaves an impression in the end. There are glimpses of originality and very sensitive scoring for the various instrumental combinations. Now I do wonder what his orchestral works sound like. As it is, this is lovely music in a chamber mode.
Posted by Grego Applegate Edwards at 4:43 AM