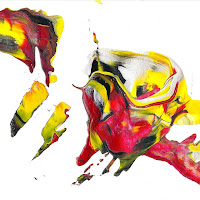 Some music hangs together so distinctly, yet is composed of such unexpected elements, that one can imagine oneself in another world with the music being what the inhabitants have worked out over a long period of time, an imaginary ethnic music, an imaginary classical music.

That's the feeling I get listening to Alexander Berne & the Abandoned Orchestra's Self-Referentials, Vols. 1 & 2 (Innova 838).

In his latest 2-CD set Alexander Berne creates music that lays out so organically yet is so unexpected yet evocative that it sounds like another world produced it.

Self Referentials is a series of interrelated soundscapes that so skillfully interweave their various elements, electronically enhanced and straightforward instrumental and vocal sound colors that have pulse and trajectory and come in and out of the total sound in such striking ways, one has to commend Maestro Berne for his composition-assembly-mix in technical as well as musical terms.

Ultimately what counts is the narrative quality of the music and its striking overall affect. It is the sort of music that beckons you to turn the many intriguing twists and turns in the musical unfolding into a wordless story, a journey in a soundscape that is filled with so many interrelated sound events that it literally carries you away.

Alexander Berne composes music that is new in very original terms, yet sounds like it could be a thousand years old. It's sound poetry of a high sort, apparently a product of our world. That is very good news. You should hear this, most definitely.