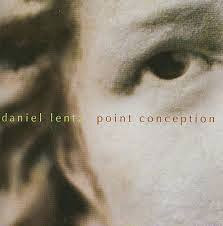 We turn today once again to our off-and-on survey of releases on the Cold Blue label, which specializes in modern minimalism and radical tonality. Daniel Lentz and his two-work multipiano offering Point Conception (Cold Blue CB0028) is what is at hand.

Lentz will be known by many as one of the best of the second wave of minimalists. He comes through with flying colors on this one. The title work (1979) is the main event, with Arlene Dunlap realizing the nine piano parts. Each part calls for octave figures, which when played together gives you a kind of canonic sonics that has the flamboyance of a romantic piano concerto cadenza fragment as viewed under an aural microscope, evolving into masses of modulating, harmonically shifting clusters of sound that convey a kind of elation, and more a feeling of constant motion than repetition. The work builds to a rousing climax and one is left with a feeling of satisfaction at the originality, the flow of the work, the excitement generated.

"Nightbreaker" (1990) follows, a shorter work for four pianos realized by Bryan Pezzone. It combines octaves, arpeggiations and cascading figures that modulate fairly rapidly. There are contrasting punctuation sections that break the flow and give you pause. It is a work of brightness and waterfall-like expressiveness.

That in essence is what Point Conception holds in store for you. It is music to stimulate and delight. There are spectacular sonics to be heard here--a kind of multi-piano emblazonment, a heaven of keys and emboldened sounds.