The City of Tomorrow, Nature 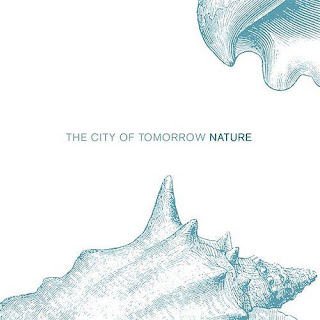 Who is the City of Tomorrow? It is a fine wind quintet that concentrates on new and newer works, whether in premiere performances or more or less in the repertoire, as much as one can assert the latter in the wind quintet medium. Their recent album Nature (Ravello 7904) shows us what they can do with four contemporary works of note.

Each piece occupies a world of its own. The Lang work has a blurred sort of mirrored cannon counterpoint that creates a prismatic multiple sound image in a more or less radically tonal vein. The Berio work has a later period individuality, based on a painting by DuBuffet. It seeks to portray via virtuoso multiple lines the growth of a lushly fruitful plant from a small seed.

The Bouliane piece creates a musical taxonomy from a theme in a short story by Jorges Luis Borges. It translates the taxonomic idea into somewhat frenetic waves of sound that meld shifting collages of bebop jazz vocabulary. The selective linear transformations are such that the music is more abstract-modern than bebop-ish per se, but no less interesting for it.

The concluding Nat Evans work comes to terms with his experience with asthma and many long hikes through the woods. The concept of "nature" as an ever-active process rather than a romantic pastoral beauty is out front. The music uses extended techniques, improvisation within set boundaries, solo spotlights and the use of conch shells and stones to encapsule the hiking and chanting practices of Yamabushi Buddhists. There is at times a kind of ritual tonality to be heard here, captivating and ever shifting like the "nature" Evans has observed over the years.

The four works contrast well. The performances are dramatic and exhilarating. In the end we are left with four distinct impressions of what wind quintets can be today. It is a tribute to the all-encompassing grasp that the City of Tomorrow espouses in the realm of new music and a tribute too to their magnificent musicianship.