The Myths of China, Timeless Tales from the Shan Hai Jing, Zhang Zhao 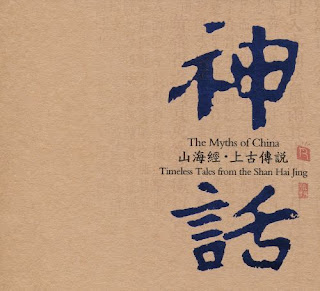 I am a few days late for the Chinese New Year, but then this is music with a kind of timeless quality. Hence the title, The Myths of China, Timeless Tales from the Shan Hai Jing (Rhymoi Music). The title generally translated as Tales of Mountain and Sea, the Shan Hai Jing is a collection of mythical events and mythical geographical locations which reached its final form in the early Han Dynasty (206BC-220 AD), which in turn succeeded the Qin Dynasty as the second imperial dynasty of China.

Zhang Zhao is responsible for the music on the album,. Some 11 tales are arranged for traditional Chinese instruments, full orchestra and choir, taking traditional pentatonic Chinese strains and fleshing them out into a symphonic program that delights the ears for its expressive beauty, neither exactly modern nor Western as much as tradition inspired.

If Ravel were Chinese, this might be what his "Daphnis and Chloe" might have sounded like. That is an oversimplification, yet there is a myth-into-music mystery about it all, and Ravel's work might be the closest Western equivalent.

The audio quality is impeccable, the music and performance in their own way exceptional and the booklet with illustrations of the myths and a few in English translations is quite stunning.

This will bring to you an enchanted world, a mythical sonic adventure of the highest sort, and a telling example of what traditional-modern Chinese newcomers are doing these days.

Posted by Grego Applegate Edwards at 11:38 AM