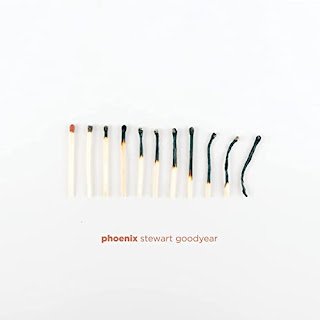 Mussorgsky "Pictures at an Exhibition"

Trinidadian Caribbean rooted pianist Stewart Goodyear shows his enormous virtuoso musicality and adept contrast of style and mood on his latest, an album of piano solos called Phoenix (Bright Shiny Things BSTC 0154). His two compositions act as bookends for the program--"Congotay" and "Panorama" have irresistible rhythmic drive and syncopation that show vibrant connections with traditional Caribbean, Trinidadian, and primal Jazz roots. They are happy wonders and show a side of Goodyear that puts him in a league of his own.

Beyond that are a series of works that embrace our current Modernity and twentieth century gems, some staple of the repertoire along with fresh new music. The solo piano version of Mussorgsky's "Pictures at an Exhibition" is one of the very best I have heard. It does not fall victim to the sometimes ultra-clangorous readings one tends to hear. The whole of it has brilliant phrasings and perfectly appropriate sound color pianisms.

The several Debussys have the poetic expressive qualities one hopes for in this music. And for the later Modernisms, the Jennifer Higdon and Anthony Davis works are given very sympathetic and flawlessly executed readings. Bravo! Listen to Mussorgsky's "Dance of the Un-hatched Chicks" for some almost incredible velocity and "swing"! Just great is what that is!

So there you have it. An outstanding pianist savoring a cornucopia of solo piano goodies. You really should check this one out if you are piano-oriented, or even if not! Brilliant!