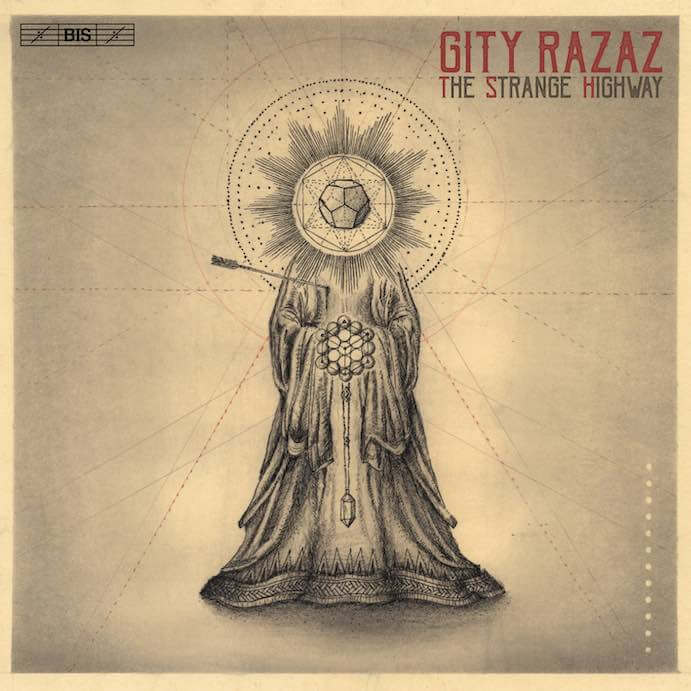 For today's music post we have a very moving and dynamic Gity Razaz (b 1986) and her album of compositions entitled The Strange Highway (BIS 2634 CD). She was born in Tehran and came west to pursue her classical compositional aspirations.

The results are this very personal, Expressionist-Modern compendium of some five varied but consistently compelling works. It is a sort of program that rewards when you open up to it. And by its very special waywardness its ability not to conform but to reaffirm the newness of the new, we all might gain something worthwhile by letting it play!

"The Strange Highway" (2011) begins the program by giving us a deeply dramatic minor-chromatic journey for cello octet that is of a kind of soundscaped expansiveness that marks it of today yet also calls the ancient muses in its dramatic sweep. The musico-logical and chronological bookend to the opener is the closer, the dramatically extended reverie "Metamorphosis of Narcissus" (2011) for chamber orchestra and fixed electronics. It has a truly expressive chromatic depth that beautifully closes the entire sequence.

In between the bookends is a series of some three works featuring a Modern rhapsodic take on string instruments--the 2007 "Duo" for cello and piano, the 2015 "Legend of Sigh" for cello, pre-recorded cello and electronics, and then the 2020 soliloquy "Spellbound" for solo viola.

There is a good deal of dramatic flourish and thoughtful line weaving throughout. There is a special originality from start to finish, a markedly idiomatic set of parts, and thanks to the well hewn performances we get to hear this music with admirable fidelity it would seem to the composer's vision. In the end I for one look forward to hearing more of Razaz's music. This one has a real presence that reminds us how far we have come but then how much more music is possible going forward. Good things here and I heartily recommend it all to you.