Beyond the Second Stage of Boredom: Arnold Dreyblatt's "Resonant Relations" and Regenerated Minimalism 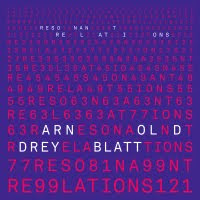 If I am in any way a typical listener, and I am not entirely sure I am, my experience of and reaction to musical minimalism conforms to a pattern that may be somewhat widespread. There were several stages for me. First I was perplexed and bored that "nothing was happening in the music." Then I became tranced and entranced with the best of it, allowing it to take me where it will and not worrying too much about my initial expectation of conventional event structure. Then there arose works and composers that to my mind did not discern rightly between what might be interesting musical motifs and combinations, and those that just keep on clobbering you over and over with a kind of banality that enervates. Then there came new works and new composers who found ways to keep it interesting. The trance element may no longer be as active a factor in the new works, but there are other things going on to compensate the listener for the time spent.

Belonging to this last category is Arnold Dreyblatt and his recently recorded work Resonant Relations (Cantaloupe). The CD contains the longish title work and a shorter "Twentyfive Chords in Ninety-Four Variations." The music is well performaed by the chamber ensemble Crash.

The composer seems to be working on a modified tuning (is it untempered?) and that gives the ensemble some complex aural beating between tones that adds to the sound greatly. Beyond that this is music with a consistent pulse (the title work, that is). It does not have a readily apparent processual bent--like Reich's early music and Riley's "In C" do. In fact along with the development of recurring motifs there seems to be a pre-minimalist attention to event periodicity. Not in some set of movements, but rather in terms of episodes. One sort of thing goes on for a while; then something slightly contrasting goes on for a while, and so on. Since there is not much trance-like sound happening in this music, the episodic structure keeps it from getting boring, as does the fairly complex interplay of instruments, counterpoint if you will.

The second piece ditches the pulse and articulates (untempered?) chord clusters singly with spaces in between (a little Asian-like/Cage-Feldman-like in that) in ways where the instrumental combinations, manner of articulation, and tone color are continually changing. It's quite interesting to hear and contrasts quite nicely with the title piece.

So here we have a rejuvenated sort of minimalism, one that does not sound much like the earlier works. It's original, in other words. Its tonality is overtone-like; its event structure is periodic; its aural makeup is engaging (thanks in part to the exotic tuning); and it changes over time in ways that are not like the superorganicism of early Reich. It's more like a sophisticated topsy, to the unmediated ear anyway.

I recommend this one. It has much to it that bears hearing. Arnold Dreyblatt has something going on that I hope we can hear more of over time.
Posted by Grego Applegate Edwards at 6:07 AM