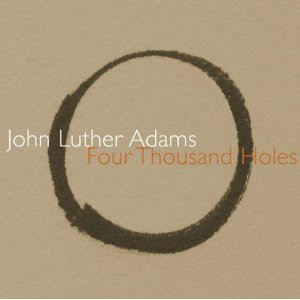 Velocity. For our purposes it involves the speed and concurrence of tones. They articulate together in ratios, rhythms. In a typical march piece the concurrences group in twos and threes in a pretty elemental fashion, in ratios where mathematically the addition, subtraction, multiplication and division are rather straightforward. Classical music, jazz, African and Indian classical music can have much more sophisticated ratio velocities. Then of course as students of nature and the industrial worlds we hear other concurrent velocities, some really quite complex. The sound of rain dripping off the roof combined with the pulsating whirs and sometimes anarchic clunks of a room air conditioner, coupled with the confluence of bird calls and an idling truck motor outside our window, for example, can create a complex velocity grid that ever shifts as the sounds beat over and across one another, sometimes coming together in a synchronous moment, most other times not. Some modern avant composers after Cage especially have become creators of analogous sound worlds.

And so in many ways in that vein we have composer John Luther Adams and his Four Thousand Holes (Cold Blue 0035) a long, fascinating piece for piano and mallet percussion and electronically created "auras," manipulated sound envelopes of the instruments sounding tones--almost like the swell you get from playing for example a piano chord backwards, but minus the backwards initial tone and extended. Stephen Drury is the pianist, Scott Deal the percussionist. They are spelled by the Callithumpian Consort for the shorter companion piece ". . . and the bells remembered. . . ". More on that in a moment.

And in the end this is a series of piano-mallet chords and tones in a diatonic universe along with their sound envelope sustains. The various overlapping ratio congruences and dispersals sometimes sound like a multi-bell pealing you hear historically in cathedrals on special occasions, each bell with a separate velocity and the interaction of them continually fanning out and contracting in processual groupings. The rhythmic ratios are complex and fascinating. And the musical tones interact like a recurring carpet weave pattern that ultimately changes over time, both in terms of velocities and tone recurrences. It is beautiful, open-ended music that has natural processual aspects which occur in such a natural way it feels less like the dancey beated minimal pieces and more like falling to sleep under a pine tree during a rainstorm.

", , , and the bells remembered. . . " is a far more contemplative, less busy, open-spaced work for struck percussion instruments--bells, chimes, vibes, etc. It too has synchronous and non-synchronous soundings, but with longer, less space-intense periodicities. It too has diatonic weight and an expansiveness that makes you hear the consonances anew.

John Luther Adams has come through with music that gradually gets you into its world and, after repeated listens, rivets you there. Like a favorite spot you seek while repeating a particular hike again and again, the getting there fills you with pleasurable anticipations and the trip toward and back are an equal part of the entire experience. This is music that has that kind of rejuvenating quality.

Another excellent example of the worthy kind of "post-" music of the past decades and how we have come open to new ideas of form as part of the legacy of some of the sound awareness aspects of the classic avant garde years. Beautiful! A sound hammock for your musical backyard!