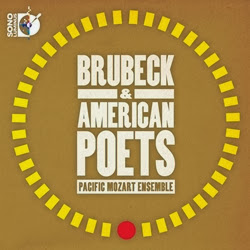 Dave Brubeck lead a long and productive life and had the kind of success and recognition from a wider audience that very few other jazz artists in his generation attained. That latter fact has lead some over the years to question his artistry, since "popular" and "jazz" if occurring simultaneously tend to be looked upon with suspicion and misgivings, at least from the '50s onwards. Whether he "deserved" the kind of success that Miles Davis also had is probably an unfair question. When Brubeck was alive and in his prime he was a dominant force on the jazz scene. Leaving success aside one can survey and evaluate his career from a more detached perspective today.

He was an innovator; even his most popular work left a legacy behind that most certainly influenced others and enriched the music, both in the way he went about improvising on the piano, his small group approach, and his compositions and songs. "The Duke" and "In Your Own Sweet Way" are exemplary masterpieces in jazz form, widely performed since he introduced them in the '50s. And there has always been some incorporation of modern classical harmonies and pianism in his approach, probably stemming from his study with Milhaud at Mills College in his formative years. Milhaud encouraged combinations of classical and jazz. Brubeck responded. And there was always an adventurous strain in Brubeck's music. As early as the Octet days he showed that he was not content to stay within conventional bop and after channels. The '50s were a time when that was more encouraged than it might have been later on, so he wasn't discouraged as far as the public ear went. And Time Out was as influential as it was a popular success.

But even more directly he composed modern classical works per se, for performance with classical ensembles of various sorts, with or without the addition of his jazz ensemble. He left behind various recordings of this side of his work and especially as he and his music aged classical ensembles increasingly began performing these works independently. So the CD at hand today is in no way unprecedented. It does however consist of a singular series of songs for choral ensemble and piano, so we are in somewhat special territory nonetheless. The Pacific Mozart Ensemble under Lynne Morrow gives us fine renditions of 19 songs on texts by American poets. The recording in question is called Brubeck & American Poets (Sono Luminus 92160).

Poets like Langston Hughes and other moderns are represented, as well as more traditional bards, but ultimately it is the music itself that comes at you most directly. These are short, through composed songs that sometimes incorporate jazz forms but more often simply come across with a kind of straightforward charm. There is something naive about their often elemental demeanor. They sound like they could be performed without much trouble by high school or college choral groups.

But what comes through most is the Brubeck melodic-harmonic personality. Their direct simplicity coexists with some subtle twists and turns, so that a number of listens after the first one you keep finding things you didn't notice the first time coming to the fore of your musical-aural mind's eye.

Ultimately these spirited performances and the music they embody will disarm and captivate those who are open to them. They do not represent either the greatest things Brubeck ever wrote nor do they come across as startling new music for the most avid of modern music connoisseurs. They have little in the way of pretension and that in part accounts for their effectiveness. Very nice music. Brubeckians will appreciate, but so will those seeking straightforward, tuneful pleasures.

Like many Sono Luminus releases this one comes as a two-disk set: one for standard CD in conventional two-channel stereo, the other a Blueray disk with surround sound mixes.