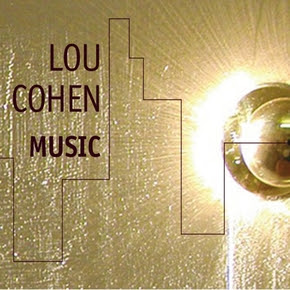 Anybody musical who is alive and has access to media no doubt realizes that synthesized music has permeated our everyday musical existence to the extent that radio, television, movies and video have a disproportional amount of it--as never before. Sometimes it seems that it threatens to edge out conventional musical instrument ensembles completely, although ultimately that is unlikely. No doubt for this reason some contemporary electronic and electro-acoustic music of a formal sort--classical, avant and such--does not sound new and revolutionary in some automatic sense as it might have in the classic later '50s-early to late '60s period. We have grown used to the modular sounds typical MIDI synths produce. The work of the electronic/electro-acoustic composers of today are situated in a vastly different sonic-cultural environment than was the case then. Perhaps they are more free to extend their sound universes than before, but at the same time they do not get the same amount of exposure that they used to, even if some audiences back then were hostile.

Enter Lou Cohen, a veteran Boston-area-based composer who after a long period composing for conventional instruments from the '60s forward has devoted his exclusive attention after 1990 to electronic music. The 3-CD set simply titled Music (Pogus 21071-2) gives us a comprehensive look at his music from 2003 to the present. He has been prolific and the results show an original musical mind at work.

Like Xenakis before him he composes using Stochastic mathematical processes and also algorithms. Like Xenakis too the music does not sound especially mathematical, but perhaps it has given Cohen the conceptual means and impetus to create long-formed works that sprawl with grace and intelligence and seem especially continuous and logically unfolding compared to the sort of high-contrast, jab-and-run kind of electronic and otherwise high modern music one has heard over the years.

The more than three hours of music covered on the disks has a high sense of purpose and a dramatic impact that varies and cannot readily be summarized in this space. Some have an analogue sound quality, there is some use of organic as well as electronically generation sounds and a Promethean effect is achieved as often through noise pitch complexities as through more musically conventional tones.

All comes through as excellent noise and timbre poetry, complex and ever flowing, electronic wizardry of the best kind. Lou Cohen creates formidable, expressive, impressive essays in sound that are among the best such works being made today.

Sadly, I just heard that Maestro Cohen passed away late last month after battling with pancreatic cancer. RIP Lou Cohen. Your music lives on for us to savor, now with a bittersweet regret.