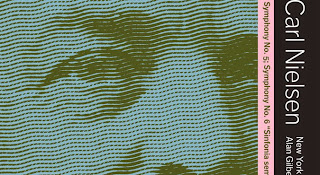 Just this morning before I woke up I had one of those dreams that seemingly sets the tone for things to come. This past week, no doubt about it, was one of the very worst I have experienced. Illness, the death of one of my best friends, the impending worry of the wolf at the door. The dream went back to the time when I worked in the advertising department of Prentice Hall (now known as Pearson Publishing) which then as I guess now was one of the major publishing companies of higher education books. The then head of the department was a visionary creative soul, one Diane Kuppler-Weaver. She believed strongly in a creative approach to everything. But this dream was crazy even by her standards. We had made our money on the big books in the months before. Now it was time for "crazy month." The products we were assigned to promote were all off-the-wall, paper records, books made out of sandpaper, oddly folded books with elaborate papercuts...and somebody had taken my desk and replaced it with an old medieval banquet table, cut a hole in my wall and placed in the space a strange looking mask. We were given oddly painted strips of paper to promote, all kinds of crazy stuff, everybody was wearing costumes. It was all insane. Diane explained that the higher ups had realized that if we all worried about making money, instead of good ideas, that we and our entire economic system would collapse. So mad month was all about having fun doing what you loved, doing what you were good at, not worrying about the consequences but filled with faith that our creative abilities could remake our world from the nasty spirited, mean thing it was to a creative one where all did well by doing things well.

I woke up and knew it was the right message for me today. And maybe for all of us. As it happens the last and best two symphonies by Carl Nielsen, No. 5 and No. 6, were up for the classical blog as a concluding volume in the definitive set by the New York Philharmonic under Alan Gilbert (DeCapo 6.220625). They happen to fit right in with the idea that you do best by being yourself, your best creative self. Carl Nielsen was in the end no leader of modern schools of composition. He most waywardly and perhaps even obstinately insisted on being himself, neither a screaming modernist nor an old-fashioned conservative, making music that was not supposed to be beautiful, but "characteristic," as he told a musician who was performing one of the symphonies in those first days after the player asked him, "Is this supposed to be beautiful?" Not beautiful. Characteristic.

Paradoxically Nielsen's 5th and 6th are two of the most beautiful symphonies of the 20th century. But they redefined beautiful to fit Nielsen's vision of it. They are monuments in Nielsenism, titanic structure in motion, beautifully expressive but not sentimental in the Victorian drawing room sense of beauty, with hot house flowers, over-stuffed furniture and a ton of gimcracks and geegaws. Everything fits together beautifully. There is not an ounce of excess and the passages are all rather totally selfless in the most self-filled way.

I've long cherished both symphonies. As for the Sixth, I have been happy with a number of versions over the years. For the Fifth an old LP by Jascha Horenstein and the New Philharmonia has long been the at the top of my list. Some of that was for the part of the symphony where the snare drummer was instructed to do his best to interrupt the orchestra with an all-out assault, something that appealed very much to my classically trained percussionist sympathies. The snare drummer for the New Philharmonia sounds like Gene Krupa gone mad, hitting rimshots and causing a real ruckus. The New York Philharmonic's snare drummer is much more in the rudimentary, let's just march the hell off of here mode.

But in all other ways Gilbert and the New York Philharmonic carry the day, with carefully impassioned readings of both symphonies that are surely to my mind definitive. It is a moving disk, something a Nielsenite will cherish and a newcomer will get the best possible way into the works. This is by all means a triumph! Now I must find a middle ages banquet table and cut a hole in the wall. Nielsen is the 20th century model of a go-to-hell originality. Only he didn't go to hell. What better time than now to be reminded of what counts?