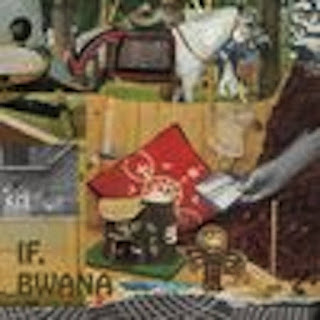 If, Bwana is the music of avant composer Al Margolis. The 3-CD set Thirty (Pogus 21080-2) gives us a kind of contemporary retrospective on his music, more than three hours worth. The compositions are varied, firmly in the musique concrete camp as far as procedures, in that conventional instruments make up the sound sources, in various degrees of recognisability, and then are subjected to various electroacoustic manipulations. The set marks 30 years of If, Bwana releases with recent compositions, and was first released as a set of CD-Rs in the beginning of 2014. It has seen the light in cassette format and now comes at you as a collection of three manufactured CDs.

Thickly textured drone complexes unwind in ever differing ways throughout the set. Other pieces treat instrumental or vocal sources as collaged wholes that have a linear feel. Still others lie somewhere between the two poles. There is a center core of cohesiveness for each of the 13 works here on the set. You might say that Margolis is closer to the visual arts "minimalist" ethos than composers who have been so dubbed in our lifetime. That is to say that his music has seriality but at the same time restricts the elements utilized more radically than the trance-and-after minimalists out there today.

Some of the musical participants who bring their sounds into the Margolis transformative sweep here include the vocals of Chloe Roe, Thomas Buckner and Lisa Barnard Kelly. On the instrumental front there is Jason Kao Hwang on violins and violas, Robert Dick and Jerome Bourdellon on flutes, Leslie Ross on bassoon, plus Steve Roe and Kevin Geraghty on guitars.

A blow-by-blow description of each work would only give you a more detailed idea of the musical universes Margolis inhabits, but would not get you any closer to how the music feels as you hear it. There is a heightened avant attention to the possibilities of natural sound in microcosm and macrocosm and their various possible degrees of transformation.

Suffice to say that Margolis is a new music electro-acoustic original and has been doing seminal music now as If, Bwana for 32 years. This three CD set for the price of two gives you a full listen to what makes him original and at the same time fascinates you with a wide spectrum of soundscapes that play upon your aural imagination like strong gusts of air play upon a wind harp. The music is ever fertile, conceptually alive and each with its special abstract aural tale to tell.

If, Bwana acolytes will jump at this, but so should anyone who wants to explore a different outlook on electroacoustic music in the avant firmament of possibilities.