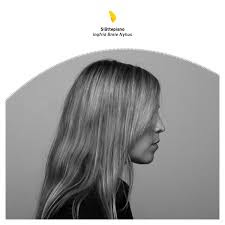 I have gladly covered recently on these pages several albums by Norwegian pianist Ingfrid Breie Nyhus, all relating in various ways to folk music and its conjunction with classical music (type her name in the search box above to access those reviews). Today a new release that brings Ingfrid even closer to folk sources. The album is called Slattepiano (LAB 004). "Slatte" derives from the verb sla, which in Old Norse means to beat, hit, strike or pluck. Slatte is the term for folk music in the region, primarily played by the Hardanger fiddle. I learn this from the helpful liner notes.

And so, quite logically, Slattepiano is Ingfrid's adaptation of the traditional fiddle music to the pianoforte. Quite interestingly the 17 traditional slatte pieces are the same ones Grieg arranged as his opus 72, the "Norwegian Peasant Dances". Ingfrid's goal was to get to the core of each piece as she adapts them to the piano and its very different set of possibilities. I have not heard the Grieg lately but what Ms. Nyhus does seems much more faithful to the intricacies of Hardanger fiddle playing in the hands of a very accomplished player.

And so we get music that lays out differently on the piano from what it would be in the hands of a superior folk fiddler. The very ornate and elaborate articulations of each piece are taken much into consideration and Ms. Nyhus "pianizes" these so that the results are in the end quite pianistic, but complex and rhythmically/phrasingly most unusual for piano music as we ordinarily encounter it.

The performances-adaptations are wondrously detailed, bravura, invigorating, like a plunge into an icy cold stream. To take a rough analogy, the bends, glides and ornamentation of Afro-American blues vocalists and guitarists have over the years developed into a special piano style that has developed pianistic means, grace notes and such, to make the expressions of blues language translate pianistically. Ms. Nyhus has developed a comparable pianistic language to capture musically the elaborate double-stops, trills and embellishments of fully developed traditional Hardanger fiddle virtuosos.

The results are beautiful and rather startling in Ingfrid's capable hands. In the end it all sounds radically modern in the "radical tonality" sense. The music captures the essence of the Norwegian fiddle style to the needs and talents of Ingfrid's piano brilliance, but in so doing gives us a music that sounds like no other piano music I've heard.

It is a very absorbing album, quite fascinating and satisfying on all accounts. You need to hear this one! Ms. Nyhus is a phenomenon!