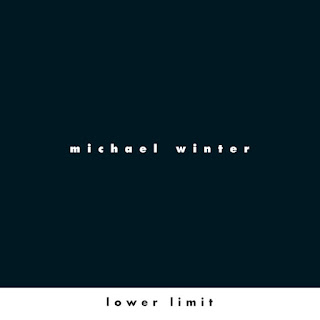 It is a tendency of new music at times to be like a Zen Rock Garden. The first experience of a work can seem sometimes like total plain-i-tude, obvious in its elemental there-quality, yet meant to evoke something more than its sensual presence alone. I tell folks who complain about these things, in visual arts as well as new music, that the point does not rest in facticity at times. It is the concept underlying it that the artist wishes to point you towards. Maybe in the late '60s that could get extreme, where the program describing the work was seemingly and paradoxically more important than the work itself. However that tendency can also lead to an eventual absorption in the music per se in time, provided that there is intrinsic worth there. If not, then not!

Michael Winter's album of compositions, entitled Lower Limit (New World 80798-2), certainly falls under the rubric of a sort of Zen Sandbox in tones. And so what is behind the performed results needs to be considered. Each work is in the form of a musical question that is then given an algorithmic answer, precise in many ways and wide open in others. Like the science behind gravity we can experience it fully without in any way knowing the details of how it works. An object in flight and its downward trajectory has a flow and a beauty without of course operating outside of the realms of lawfulness of weight in gravitational space. So the music on the current album is something like that.

The album gives us four compositions, one in two different versions. The function of instruments are stated and generally then the performers are free to choose, e.g., plucked instruments or sustaining instruments.

"Necklaces (with with quieting rooms)" features guitars in ever varying pulse patterns around a fundamental tone and an electronics sustain constant that also exhibits a wide variability around core centers. The music fascinates in its definitive outlines and shifting grounds and foregrounds.

"Mass and band" has a delicate contrapuntal flavor made out of virginal and harp interplay. It has an eerie sort of ghostly connection with early music forms, yet comes through as acoustically vitalist Modernism in impact.

"Chorale und finely tuned resonators" is a wonderfully sustained multipart meditation for electronically altered guitars--they are subjected to violin-like resonation which gives the tones broad envelopes that mingle together fruitfully.

"Necklaces (solo version)" for guitar is on the surface the very most elemental and therefore more challenging of the works on the album. There are subtle differences in articulation and sounding that if not followed closely may produce a kind of tedium. One in any given listen either focuses finely on the detailed niceties or loses the thread. It is there however if you take the effort to unravel it. There are microtonal shifts and timbral subtleties to explore here. Or not. Not everybody is going to zero in as needed. My wife hates anything of this kind. Yet she is not unmusical. Her loss.

And so we come to the close of an album that demands of the listener a concentration but then rewards with inner poetic worlds of tone and shade. It may be a bit esoteric for some. Others who take the time for the music to work its way will find a good deal to contemplate and appreciate. So give it a try!