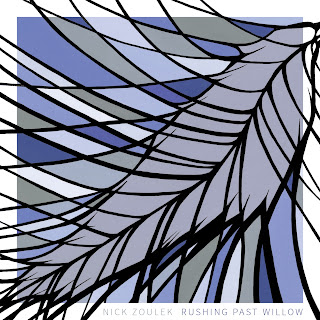 The advent of the saxophone in the music called Jazz has by now been subject to a rather long technical-expressive development. From the first players had a vision of the sound of the instrument generally far more robust and aurally more complex than so-called "legitimate techniques" would warrant. By the time of the bar-walking honkers such as Big Jay McNeely (and Illinois Jacquet before him) a richly overtoned sound had become a fully fleshed out way to play, and audiences tended to approve with enthusiasm.

On the art-avant fronts of modern jazz we note the rise of Albert Ayler, later John Coltrane, Dewey Redman and Evan Parker, to name some significant players. The harmonic fullness of the sax was activated by such pioneers with a consistency and performative rightness that gave the instrument new expressive life. One need only think of Coltrane's evolving approach to improvising on "My Favorite Things," where he would pivot in varying skips around a root, over time pinpointing the runs with harmonics on the soprano that became an ever more important element each time he soloed live in the years following the initial Atlantic release.

Such things became very much an expressive element of so many saxophonists who came after within the Hard Mainstream and the post-New-Thing streams of performativity.

In many ways a concentrated culmination of this school of saxaphonistration comes forward with a new album by Nick Zoulek, Rushing Past Willow (Innova  953). Twelve solo works for alto, tenor and bass saxophones are the order of the day. The music has evolved over the years from a number of distinctly singular improvisations. With continual performances each became further refined as a cogent Modern composition.

So though there is a definite Avant Jazz foundational element to these saxophone works they veer towards Modern Avant New Music in their formal trajectory.

Each piece is a working out of root-skips patterns that are tonal and sometimes modal yet are very much sound-colored by the palpable and very musical control Nick has over each saxophone. The music has often a whirling dervish quality, with continual spins around core motifs that via circular breath control and added vocal contributions become hypnotic and soulfully performative. The rich harmonics and overtones create multiple tones, primal harmonies, "orchestrational" simultaneities both aurally satisfying and timbrally stunning. Of course the bass sax gives Nick the most to work with for split tone possibilities, yet each sax has been fully pinpointed for an artistic exploitation of the multiple strands of possibility.

The more you listen, the more it becomes convincing. Zoulek's exacting control and imagination make of this an aural joy! Anyone interested in sound color and extended techniques will find this substantial I have no doubt. Start the trip with a first listen and you will see what I mean. Excellent!
Posted by Grego Applegate Edwards at 7:14 AM