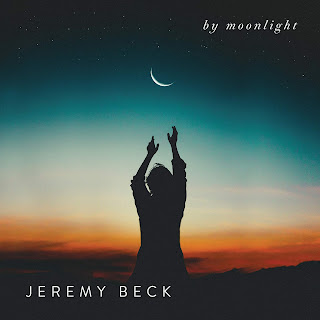 If one is to be fair in evaluating the various New Music albums that might come your way these days, it is best not to have a pre-conceived set of stylistic expectations that push the discussion into a pre-judgement. This may be a recent development. If you were listening to the assortment of New Music releases in the '70s or '80s it was fair to expect that the music would likely be either High Modern, pre- or post-Serialist, or Minimalist. Nowadays all those categories still exist, yet there are other possibilities as we continually see. When describing music, I find myself often enough making a turn to labels I have long thought are useful in that they give you a shorthand clue as to the music you could hear, what it generally might sound like, and now those possibilities include anything or everything. I have not abandoned the typologies-labels here because I still think it helps potential listeners, but they are no longer the end-all of considerations, surely, if they ever were.

For example we have the music of contemporary living US composer Jeremy Beck in an album entitled By Moonlight (Innova 051). It covers some nine works in a wide variety of ensemble possibilities--solo guitar, choir, tenor and piano, several stringed instruments, full orchestra, etc. The music is unabashedly tonal, perhaps a bit on the painter-of-tones side of things, lyric and expansive, not exactly a Modern-day Copland, but not exactly Neo-Classical either. Perhaps something in between, in original ways.

The last composition in the program, the relatively short "Three Pieces for Orchestra" takes flight most happily in the painterly zone--in general, not that the music engages in referential specifics to the extent of something like, say, Copland's "Appalachian Spring." The mood is soundfully sunny and pastoral, but not so literal. The first movement depicts moonlight, the second a prelude to Beck's opera The Biddle Boys and Mrs. Soffel, and the third a "Serenade" based on a movement from his fifth string quartet. It holds up on repeated hearings, as does the rest of the music in general.

The opening work, "Concertino" for two cellos and string orchestra also gives us some very heartening lyricism, this slightly more folksy than not but very fresh in its phrasing out of long melodic streams, and all that is most appealing.

The beginning and the end of this program give us vibrant music that, even if taken alone gives us sufficient reason to like this music. Yet there are a great deal of contrasting things in between as well. Given the terse but appealing brevity of much of it a detailed blow-by-blow delineation of what you would hear would be perhaps a little too much detail for this review article?

Yet a few touchstones might be in order. "Dream and Echoes" is a two movement satb choir sequence beautifully lyrical. "Of Summers Past, or Passing" gives us nicely ruminative and inventive movements for clarinet and piano.

"Two Pieces for Guitar" sounds timeless yet at the same time sounds like a past-in-the-present kind of Modernity that does nicely defy expectations yet channels the guitar-lute literature as a whole into something personal and in the present moment.

The solo cello "Prelude and Toccata" has a kind of proudly bold set of double-stop punctuated declamations both dramatic and toneful, then jumps into a dancingly jaunty second movement that is quite appealing.

The music disarms me as a listener by not calling attention to itself as an example of some new trend, some flavor-of-the-month fodder for some genre cannon. Instead it beguiles purely on its own terms as a series of  miniatures and one-offs most notable in themselves more so than examples of some larger movement. That is all fine if one listens without expectations. It is regenerative music nice to accompany the need for a more hopeful mood? As nature becomes awakened in full spring as I write this I feel the music helps do justice to the glorious seasonal opening of buds. Most pleasurable a listen it is. Bravo Jeremy Beck.

Posted by Grego Applegate Edwards at 8:31 AM