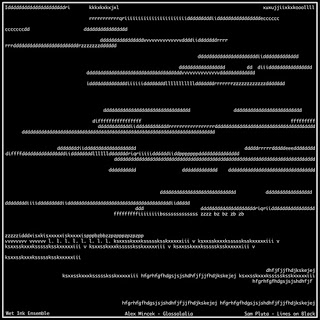 New Music especially in the so-called Avant Garde often implies a future where that music will somehow be in the mainstream. Yet the future nowadays seems less preoccupied with "serious music" than it has at times been. Is it a sign of things to come? So for example Beethoven's late string quartets may be embraced by the community of classical musical professionals today but it hardly is "popular" fare in some statistical sense. If we look back to the "High Modern" works of the past 100 years, of course not everything has ended up in the standard repertoire. Rather few have, on the whole. But then New Music in our time has spawned followers who may listen to it instead of the standard fare. The most daring of such works have taken risks, experimented with novel aural and musical ideas and combinations, gone into aesthetic realms few dreamed of in the past. And such music has gathered a small but devoted following because such a thing can excite and give pleasure, of course.

Someone from 150 years ago, if they magically time-traveled to today and heard the album Glossolalia/Lines on Black (Carrier Records 048) by the Wet Ink Ensemble, they might be a good deal more shocked by what they would hear than any of us today who have lived with New Music as a steady diet. The album is expressively filled with timbral and textural extensions and experiments that they might have had no intimations about in their day. The electronically derived-altered sounds and extended instrumental techniques are in fact novel at times yet we have been prepared for them by sound-color advances we have lived with for years. What's more at times such sound innovations have even entered Popular music in the form of synths, samples and studio techniques.

And by now have many of us who listen to such things no longer trouble ourselves too much with how many of the new things we hear will be singled out in 500 years as seminal to the world and its continued rolling changes? We might instead ask, does it retain interest for us when listening repeatedly? Is it worth an immersion into?

In the case of the album at hand the answer for me anyway is emphatically, "yes!" We have in the ensemble the considerable talents of Erin Lesser, flutes, Josh Modney, violin, Kate Soper, voice, Alex Mincek, saxophone, Eric Wubbels, piano, Ian Antonio, percussion and Sam Pluta, electronics (and audio production). All have centered in New York City. Each has mastered the complexities of advanced New Music performance and each contributes compositions to the group's repertoire as I understand it.

For this release Mincek presents his seven movement "Glossolalia" and Pluta his nine movement "Lines on Black." Each work makes of every movement a special showcase for one or more of the ensemble members. So "Apmonia" (from "Glossololia") highlights violin and piano stridencies, then switches to snare and electronics before moving on to the final movement with the latter plus vibes, piano, voice and etc., for a rollicking helter skelter of entrances and exclamations. Everything is heightened as performativity, as a special vehicle for the artists as a group and individually. There is a vibrant level of expression one can often enough hear in the best of free improvisational musics yet too sometimes the more tightly prescribed and ordered sequences of New Music on the "Classical" end of things.

One might suggest that this result is especially forwarded by the composer-performer interface as close and continually interactive. In this way we get a New Music equivalent perhaps of the classical Duke Ellington Big Bands where each instrumentalist is captured in the compositions as a special musical personality.

So here it is the immediacy of the personal input of the performers combined with the complex compositional vision of each of the two works that make this program special and set this music apart as individual and noteworthy.

What people will be remembering about the music of the present in 500 years is virtually anyone's guess. Right now, however, the music of the Wet Ink Ensemble does a great job capturing our very much living present. You should by all means give this one a listen.
Posted by Grego Applegate Edwards at 8:19 AM