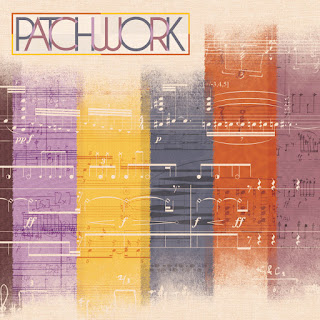 Sometimes the daring of the how and the what of some music and music makers is unusual enough that the results are nearly automatically something important to pay attention to. For me, anyway. That is the case with Noa Even & Stephen Klunk's Patchwork (New Focus Recordings FCR255). Why? The duo of  saxophone and drum set is ordinarily one encountered in Avant Jazz/Free Improv channels. Here we get to experience such a duo for Avant New Music works in the equally edgy realm of ultra-Modern "Classical."

Stephen is on drums, Noa on sax. Patchwork is the name of the album and also of the duet itself. Five compositions comprise the whole of the program. Each has its own trajectory but all strive for a convergence of the two instruments/instrumentalists and put them through paces with a syntax more intensely dialogued with linear or cyclical content in an overt way than one might generally come across on a typical improvisation for such a duo. And the relative lack of composed drum-set sequences is also the case, so even just for that this is good music to encounter

There is a definite experimental daring to these works by Osnat Netzer, Hong-Da Chin, Eric Wubbels, Erin Rogers and Dan Tramte. As such the music most definitely feels its way through at times more than it supplies definitive pre-fab solutions. Eric Wubbels "Axamer Folio" struck me as being one of the most interesting compositions of the bunch for its complicated cyclical and non-cyclical event sequences.

The music clearly thrives in its challenging the duet to express things that sound lucid and progressively reasoned,  as a new sort of abstracted language of sound production that comes out of the last 70 years of avant improvisations for the two instruments. You might call this a kind of synthetic codification of that. But taken on its own it is completely self-sufficient as well. Even at tines exciting.

Patchwork goes boldly where no music has quite gone before--at least for sax and drums, anyway. That is quite a feat. One admires and congratulates all involved for having the chutzpah, perseverance and talent to come up with it all. Listen.