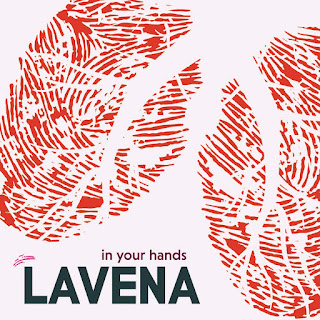 One way the new can surprise is when it does something so well one rehears what is possible. That's very true of cellist Lavena's debut solo album In Your Hands (Bright Shiny Things BSTC-0145). It is a most remarkable program of New Music for unaccompanied cello and then two additional works for cello and another instrument.

What first struck this listener about it all is not so much that the music is tonal, though that is true. It struck me how much the music takes care to bring out elemental cello resonances and sound colors by taking advantage idiomatically of standard cello tuning, the possibility of open strings and very resonant multiple stops, figurations that very much bring out the special qualities of effective cello string soundings and of course cello bowing, to unveil richly expressive archaic and vibrant cello acoustics.

It is especially true of the unaccompanied works.  The opening, a debut recording of "Amygdala" by Gemma Peacocke pits solo cello against an electronic backdrop for a beautifully emergent cello sonance that has a primality that does not quite drone but pairs multiple stops in long beautifully sustained melodics.

The premiere of the three movement Jessie Montgomery work "Duo for Violin and Cello" combines an intricate intertwining of William Herzog's violin with Lavena's cello for soaring arpeggios on combined string sequences and pizzicato adventures followed by a striking chorale-like interlocking with blocks of shifting sustains leading to an intense rhapsodic cello soaring atop the violin's continuous multiple-stop sustains. The lyric blocks further develop. Then the final movement gives us an exciting series of presto arpeggiations, ingenious shifts and shades very well played. Exhilarating music this is.

Caroline Shaw's solo cello "in manus tuas" follows with striking double stopped. two voiced exceptionalities. Lavena is called upon to blend her voice with the cello part and it sounds very good indeed. The work is beautifully based on a motet by Thomas Tallis.

Ted Hearne's "Furtive Movements" pairs cello with percussion (Jeff Stern) for a remarkable series of rhythmically vibrant and sonically complex expressions in four short movements. The interplay defies description in the best manner and the sound colors juxtapose in uncanny ways. That brings lots of smiles of appreciation, or at least that is the case for me! A virtuosi tour de force for sure.

Bryce Desner's "Tuusula" in its premier recording begins with some attractively dynamic fanfare sorts of figures and continues with some beautiful sequences played brilliantly well by Lavena.

The finale "my heart comes undone" was written for Lavena by her husband Judah Adashi, based on the Bjork song "Unravel" and more generally also on stylistic elements of Arvo Part. It gives us a fitting end to a marvelously fresh album.

I am favorably reminded at times of the string styles of Medieval and Renaissance Europe. But then also too of the string work of John Cale on Nico's Marble Index album from the 1960s and also Berio's string accompaniment to "Black is the Color" on his wonderful Folk Songs suite. It is Archaic Modern in that way and I love the sound.

And then it is more besides, a new take on the Contemporary Modern as a whole and undoubtedly of interest to anyone who wants to keep current and looks for something very musical as well as very new. Highly recommended.