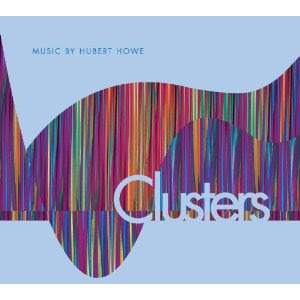 Electronic music? It still continues on out there. The great composers who worked in the medium helped change the texture and periodicity of music last century and helped accustom audiences to sounds that now form a routine part of rock, pop and hip-hop records listened to by mass audiences. Of course the structural-timbral advances that such composers made possible live on in the original works. Now that we all are familiar with the sounds, we can return to the originals and evaluate them as music rather than as a shocking new aurality.

At the same time there are composers still working fruitfully in the field. One of them is Hubert Howe. His album Clusters (Ravello 7817) gives us seven relatively brief works realized in the six years between 2006-2011. All relate to one another as soundscapes of sustained electronic clusters (hence the title of the album), the electronic music equivalent of orchestral harmony, albeit in exotic timbres with as much or more noise-aggregate simultaneity than conventional harmony per se. Howe composes and realizes these aggregates in ways that show an inventive sonoric ear and a feel for variety in continuity.

You who know little of electronic music and you who have sampled and studied a great deal of it--you both will benefit from this very interesting set of pieces. Give it an earful.
Posted by Grego Applegate Edwards at 4:53 AM