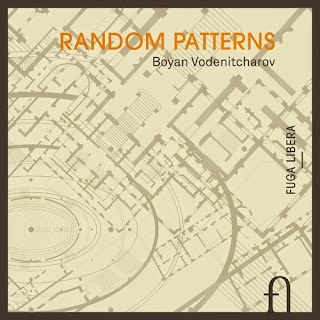 When you think of improvisations for solo piano you immediately assume there will be dramatic differences when played by someone in the "jazz" camp versus someone coming out of "classical" music. Certainly what someone like Art Tatum played in 1950 did not have a good deal to do with classical music, though his technique rivaled some of the best classical virtuosi. Yet as we get further to the present the influential solo styles of a Keith Jarrett or a Cecil Taylor may sound more classical or avant classical compared to what went before. That is not to say that Cecil T. is a classical player of course; he is in his own right, very much a force of ONE. Jarrett on the other hand does play classical music as well as jazz, and in his solo improvisations the roots of both musics can be heard depending on the moment, on the directive spontaneity of his inspirations.

Where avant classical players are concerned, they can also veer towards avant jazz or free music too, especially if they occupy a "new music" territory more divorced from tonal and structural tendencies in earlier classical music. There is something of a convergence and cross-pollination taking place to some extent between both camps.

All this brings us to Russian pianist Boyan Vodenitcharov and his album of piano improvisations, Random Patterns (Out There/Fuga Libera). He is of the classical camp in terms of roots. The album of improvisations we have at hand is filled with inspired impromptu performances that vary one from the other, now cascading tumultuously with post-Scriabinesque, post-Taylorian energy, now delving into adventurous territory that channels rock rhythms or jazz use of scales and harmonic movement, now sounding in contemporary new music realms, now working with motival ideas.

If you sometimes hear a channeling of some of a Jarrett influence, it is not direct and perhaps derives from models Jarrett has taken from classical music. What parallels you can hear are not imitations but deeply rooted tendencies that come out for Vodenitcharov in original ways.

So any influences one might hear are not worn on Vodenitcharov's sleeve, so to speak, but rather are thoroughly integrated into the personal expressions he realizes. The music comes out of all the music Boyan has played and heard, no doubt, in the course of his musical life. That he began improvising at an early age, as he recounts in the album liners, means that what we experience in his playing today has been cultivated over the years. He attains a full maturity in the present, as we hear clearly and delightfully in this program.

Vodenitcharov on the basis of this recording is an improvisatory stylist in his own original way. There is nothing predictable about where he goes from interlude to interlude, except a uniform substantialness and a wealth of personal inspiration.

The album will interest anyone pianistically oriented, surely, and especially those who would welcome a new voice on the improvisational horizon, classically rooted but travelling far and wide to where he hears the music inside himself.