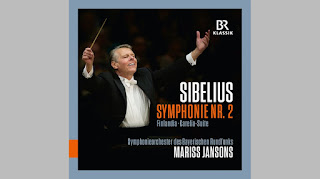 Added to the program are the tone poems "Finlandia" and the "Karelia-Suite" that make this volume a very good introduction to Sibelius if you do not know him well. It also gives us a vivid performance of the second in a sort of thicker matrix than I am used to hearing. It is a rewarding disk for that and the fine sonics. Those who might be looking for a modern recording of the second will do well to try this one. I am in the end quite happy with it. Recommended!
Posted by Grego Applegate Edwards at 5:13 AM