Ted Hearne, Sound from the Bench, The Crossing 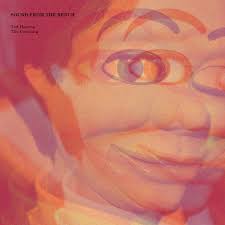 The Supreme Court "Citizens United" decision was, to say the very least, decidedly nothing to do with the upholding of the Constitution as the Founders thought of it. It was a perversion of logic, a fiction that has lead us to anti-democratic infusions of great wealth to undermine the election process. I am not the only one to think this. It is one of the more dangerous farces to confront us in our lifetime. Only one of more than a few, but an especially insidious one.

Composer Ted Hearne clearly is one of "us," not a man with or speaking for the influence of the grand cartel of the rich. His Sound from the Bench (Cantaloupe Music 21126) is all about Citizens United, a nightmare in a sort of poetic haze that may sublimate the horror of the judgment, but no, does not seek to diminish it. This is a choral work of a postmodern, sometimes minimalist sort. It features (as did yesterday's) the landmark choral group the Crossing with Donald McNally at the helm, plus some avant rock textures from two electric guitars and drums.

Where to begin? The corporation is a person, a ventriloquist dummy in the end. Not at all human but masquerading as one, manipulated by a wealth-manufacturing entity and acting in its interests. Hearne uses various texts to set off the decision and lament the demise of our own personhood, the degradation of the human being unit that is the core idea behind representative government.

The music has a great deal going for it. There are sophisticated multi-part passages, the deliberately banal cutting in to dramatize things, and a great deal in between. It is a work where I must admit on the strictly musical level I greatly appreciate much of it, and some elements less so. But the good outweighs the less good with a balance decidedly tipped onto the positive side. And the subject matter could not be more important to us.

So I thank Maestro Hearne for this and recommend for sure that you hear it!