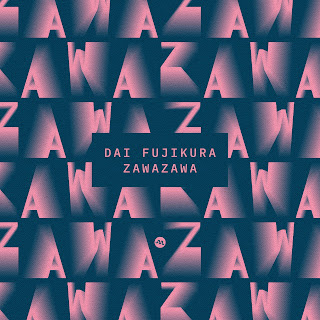 The state of the Modern Avant Garde in New Music today? It is thriving, though of course these days not the only game in town, so to speak. There are competing styles that complement the scene if you think of the Avant as the High Modern stance. No matter. All the better for listeners to have more choices. Today we have one from the current high Modern World and a fine thing that. I speak of composer Dai Fujikura and his album Zawazawa (Minabel Records MIN108).

On it we get to hear ten varied and variable works by Maestro Fujikura. On one side there are the choral works. There are three here along with a mini-piece for solo soprano--"Ki i ite" for soprano, and for choir there is "Zawazawa," "Sawasawa" (A pt. 2 of "Zawazawa") for choir and marimba, and "The New House" for choir alone.

Both the choral and instrumental works show a great sensitivity to the potentials and capabilities of the players and singers. Whether a matter of the mellow richness of timbre and/or expanded sounding qualities of the tuba and horn, the incisively limber sharpness of the clarinet, or the widely varied punct-al qualities of the pizzicato double bass as influenced by Jazz, it is all a place to contemplate sound per se and its meanings, after all, for we musical animals.

There is a sensory motor aspect to Fujikura's sound, a kind of tautological circularity more internal than minimal, but it is not more than a part of his extensive High Modern syntax, beyond serial and more ritualized if that is possible? It is a very personal way the composer has that is best heard right now than described fleetingly. There is almost a Martial Arts sound to the singing and playing--though I hope I am not projecting here? There is a "snapping to," a musical locking in that seems more Asian than Western, perhaps. And all that is only to say that the music stands by itself, the playing or singing is a kind of discipline, nothing casual, and after all that it still belongs squarely to the Avant realm, to New Music language as spoken today.

I do recommend you at least hear it--then if you like it, support the artist and the label, by all means. New Music needs your support and Fujikura is a worthy example. Kudos!
Posted by Grego Applegate Edwards at 9:24 AM