Tibet: Ritual Traditions of the Bompos 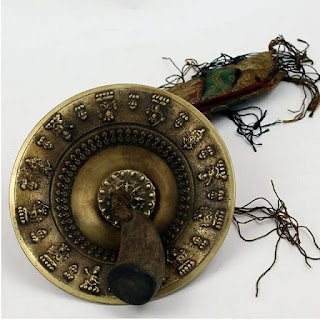 Traditional Tibetan Buddhist chant is a many colored wonder and can be heard in a fair number of recordings, some out of print. There were several on Nonesuch Explorer that were pretty amazing. Now we get another perspective with a new CD entitled Tibet: Ritual Traditions of the Bompos (OCORA).

It is a regional variant that is perhaps more chamber-music-like comparatively speaking, fewer chanters, one cymbal and a drum and a single horn and so somewhat more elemental but no less supercharged and intensely focused than the variants we have heard on records or CDs.

And that makes it all a valuable addition. OCORA remains one of the first Ethno-World Music labels out there, hands down.

I recommend this heartily for anyone who a) is an acolyte of Tibetan music and/or b) wants to hear a precursor to New Music in its spaciousness and atmospherics. Grab this one!
Posted by Grego Applegate Edwards at 6:22 AM

Email ThisBlogThis!Share to TwitterShare to FacebookShare to Pinterest
Labels: ethno-traditional music from tibet and its new music similarities, the ethnnomusicology of the modern world, tibet ritual traditions of the bompos classical-modern review