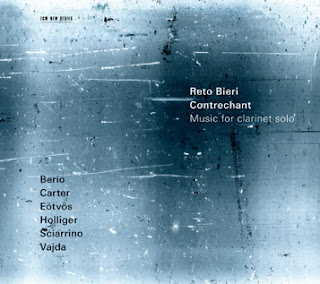 New music/modern classical music makes demands upon the performer in ways no style of music has previously known (though new jazz can do so as well, sometimes in quite different ways). The expansion or absence of pitch centers at times means that musicians and vocalists must develop an extraordinarily advanced sense of intervallic acumen and a more complex sense of the relationships between multiple tones in a piece (beyond conventional harmonic recognition). The often irregular and otherwise advanced precision rhythmic figuration places demands on the performers that can be considerable. And for many if not most instruments and vocalists as well a body of new sound producing techniques have arisen over the past 100 years, which need to be mastered along with those of conventional classical music. In contrast to an ultra-precise production of pitch, color, timing and dynamic, there are works that expect performers to develop a keen aural imagination and ability to improvise in the course of realizing a piece.

All these things come to the fore in woodwind performance practice, including of course music for the clarinet. With this in mind we look at a recent CD of very modern music for solo clarinet, Contrechant (ECM New Series 2209), performed by Reto Bieri. There are seven demanding works by six composers, some of the latter well known and some not as well. Luciano Berio, Heinz Holliger, Elliott Carter, Peter Eotvos, Gergely Vajda and Salvatore Sciarrino are each represented, Heinz Holliger with two works.

Clarinetist Rero Bieri, Swiss National, Julliard trained, unleashes a formidable arsenal of modern techniques for the clarinet in a recital where brilliant musicianship and aural poetics conjoin nicely. He has mastered the modern idiom in ways that put him at the forefront of virtuoso wind exponents practicing today. The works make considerable demands. Bieri saturates the performance soundstage with a dazzling array of color, contrast and expressivity.

It is most certainly a tour de force performance. The works are varied and ever reshaping one's notion of the subtle nuances of the instrument and its expressive capabilities today. Of course a large part of that has to do with the exceptional abilities of Maestro Bieri.