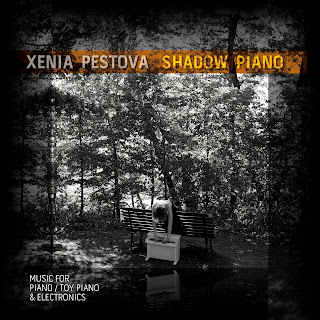 In pop music today the unadorned acoustic piano is a rarity. Synthesized and sampling keyboards are the norm. In modern classical we have those things sometimes, surely, but we also have the conventional grand piano subjected to modifications--items placed on or between the keys, novel ways of sounding the strings, etc. There is also the piano played live and subjected to electronic processing or accompanied by an electronic music score. The latter general development had its most notable first masterpiece in Stockhausen's "Mantra" for two pianos and live electronics. Cage's prepared piano pieces and Cowell's piano works for sounding the strings inside the piano were pioneering 20th century examples of organically modified piano sounds. Then also of course there was John Cage's "Suite for Toy Piano".

All of the works mentioned above established a legacy. The sound of the piano and keyboard in general continues to evolve today on these lines. Today we have an album of Shadow Piano: Music for Piano/Toy Piano & Electronics by Xenia Pestova (Innova 874) which brings us into the 21st century with works by Scott Wilson, Lou Bunk, Andrew Lewis, Derek Hurst, John Young and Katharine Norman.

Xenia Pestova has the sense of adventure, sensitivity to the techniques and stylistic particularities of high modernism and the poetic soul to bring this music to fruition in the best ways, and she does.

What's remarkable about the program is how the individualities of each composer and her/his works have common ground so that the entire program flows together as one unified statement. The electronics and attention to the toy piano in addition to a grand piano extend the sonority and color to an almost chamber orchestral mass and distinctness at times. Yet the notes themselves have measured importance to the whole as well, so it isn't just a matter of timbre.

The fact that Xenia has first taken on some of Cage and Stockhausen's masterworks mentioned above (for Naxos records) brings her well prepared for these new pieces. But then she seems to be especially suited temperamentally to the extended tonal, rhythmic and color spectrum of new music for piano in any event.

The electronic parts are closely aligned to the piano sounds and generally offer not just a color but a structural element in the course of most of the works heard here.

Every composer comes through with an important and interesting contribution. It no doubt helped that they are all friends of hers, as she mentioned in the liners, and so perhaps were especially attuned to the specifics of her genuine talent and interpretive prowess.

In the end what matters is the results. This is one of the most integral and rewarding programs of new music for keys and electronics I have heard. It will affirm the centrality of the colored abstractions of high modern music today for all who have ears to hear it.