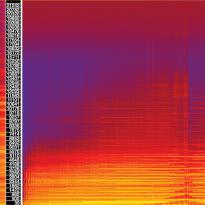 The idea of new music works for multiple overdubbed electric guitars has surely been in the air a long time. Some of Fripp and Eno's works for guitar and delay in the '70s gave us striking guitar-orchestral density and beauty. The real-time breakthrough of such music for formally articulated multi-guitars can be traced back to Steve Reich's "Electronic Counterpoint," written for 12 prerecorded electric guitars and 2 bass guitars plus live guitar in 1987 and first recorded by Pat Metheny. From there followed other works. Guitarist Trevor Babb performs his own version of the Reich and other guitar ensemble pieces on the recent CD Warmth (Innova 972).

The Reich as done is different enough from the Metheny version that it stands alongside, as good or better. That is saying a great deal. Either version reminds us how vintage Reich is superlative, so much ahead of some of the more uninspired minimalism that existed and exists alongside his music as to be altogether other. Some of the imitators are like schmutz in search of a mince meat pie to give them life. Reich is the pie itself, fashioned and cooked to a golden brown, perfect for what it is meant to be.The music stands out now as it did then. Babb gives it that extra new twist and we are back into it like the years have not passed.

And the virtue of having a really vibrant version of the Reich alongside other multiple guitar pieces illuminates those works and gives the Reich another context.

So we are treated to five other new music compositions for multiple electrics, each one different from the other as they are to the Reich. So that driving counterpoint of the Reich contrasts with sustained guitar new music chorales and ruminative or exploratory guitar richness.

It is in the end a program any electric guitarist of a progressive sort should eat up, and their friends, too, of course. (No, not eat up their friends, I hope. The music!) Yet it is also New Music worthy of the name--something people who ordinarily do not associate with electric guitar sounds, or not modern classical applications of it, will find stimulating and worthwhile. Hear it, do.

Posted by Grego Applegate Edwards at 6:52 AM