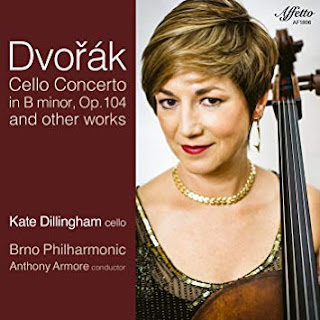 This is a Dvorak that is not so much after-Beethoven (though everyone was at that point in some ways) as a with-himself. The concerto and the rustic preamble pieces hang together in ways that clearly come out of a deep understanding and love for the music itself. Ms. Dillingham in many ways makes her cello sing beautifully more than exclaim dramatically. And that seems after a few listens how I would like to hear the concerto right now. So kudos! Bravo for this Brown Study of a reading.
Posted by Grego Applegate Edwards at 10:24 AM