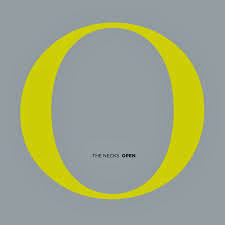 And what they are doing is well represented on their latest album Open (Northern Spy NSCD 047). It is one piece lasting 68 minutes. And it is a collective composition of the three members. It seems that, while they must have some idea of what they are going to do from piece-to-piece, improvisation plays a part, perhaps a large part in the music they make.

Each album is different. All have trance minimalist/radical tonality qualities. Open is something about stillness, says bassist Lloyd Swanson. The entire piece has various sections, some very much into a sustained drone, some pulsate with a jazz-rock sort of inflection. Repeating motifs in the keys often punctuate the pulsation and they also appear in more static sections. But it's always about long sustains or mesmeric repetitions--and in a quite laid back way for this piece.

Either way the Necks do some of their best work here. It has more of the cosmic, trance-inducing qualities of a Terry Riley than the matter-of-factness of Glass. And in every way you could call this modern classical, though you could also call it minimalist jazz-rock. It has that instrumentation, but otherwise this is performative rather than "jazzed"--not that such things make a huge difference on the listening level.

The Necks set up some beautiful hypnotics on this one. With 67 solid minutes of unfolding sounds, you must listen patiently and let the sounds wash over you. This isn't music for those in a hurry to "get to it"!

But if you give it time the music will work its way to you. You can't afford to be experiencing the music of today without hearing the Necks. And this is one of the very best.