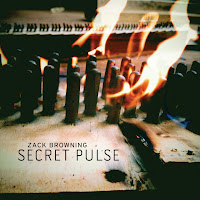 In our digital age we are increasingly exposed to "rapid-cut" visual editing in music videos, advertisements, television shows and movies. Perhaps music videos have most perfected the art as a constant. As the music plays, you get montages in rapid succession: singer close up, singer with other dancers, singer in another setting, and so forth in a constant flow of short-lived images and their momentary return.

I remember that the Smothers Brothers TV show in the late sixties, if I am not mistaken, in a popular segment played the song "Classical Gas" and showed an ultra-rapid series of topical photographic images with rapid cuts following rapid cuts. By then it was an established technique in avant-age cinematography. A prominent contemporary example: the beginning of the sitcom "The Big Bang" shows in a lightening fast series of cuts visuals representing the time from the Big Bang through to the present, stopping with the main characters at home in their apartment.

We are truly in the age of the rapid cut. But it is on the music video especially today where you see cuts that both unfold rapidly and also return to particular shots as the music unfolds.

As if to represent that in purely musical form, Zack Browning in his Secret Pulse (Innova 817) gives us a chamber music that partakes of minimalizt recurrence but alters the mesmerizing trance inducement of sameness by cutting rapidly from contrasting section to contrasting section. No doubt it is a difficult music to play effectively in an ensemble, since every musician must be continually aware of the need to move from short section to short section in ways that give the series of cuts an a-to-b continuity, to construct a conversational syntax smoothly delivered, as it were. They do that and very well too on the CD at hand.

In all there are five works presented on the disk, in varied instrumental combinations: the flute, viola and piano trio in "Hakka Fusion" (2009); flute, cello, violin and electronics in "Secret Pulse" (2004); a String Quartet (2008); a percussion ensemble in "Flying Tones" (2010); and a chamber ensemble in "Moon Thrust" (2009). All the music demonstrates well Zack Browning's minimal-and-cut approach. It is more a somewhat overwrought excitement that is generated in the music than a linear-logical narrative horizontality. It is a music of our time, where the internet, cell phones and any manner of other media occur with their constant cuts along with our multi-tasking tours of daily duty in work and leisure. All that would be superfluous if the music did not convince as music. It does.

The performers do an excellent job putting the sense into the disparate parts, bringing out the composer's long-form musical structure for the assemblage of recurrences and quickly contrasting new "occurrency." If Morton Feldman's later music felt like a leisurely scan of the patterns of a Persian rug, Zack Browning's music is like a rapid traversal of landscape changes in a low-flying jet.

The results make for fascinating listening.
Posted by Grego Applegate Edwards at 4:57 AM