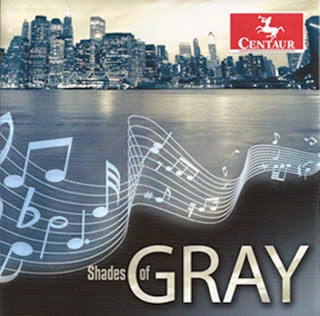 With the advent of the art form known as jazz from the early 20th century on, composers of varying backgrounds responded in the modern classical realm with works influenced by the music, with greater or lesser success. Scott Joplin was in ragtime a part of the music itself but also did more classically oriented works such as the opera Treemonisha. James P. Johnson experimented in the classical realm, though he was primarily a jazz original of great importance. Then there was George Gershwin, and a host of others, including Milhaud, Stravinsky and on.

Because the clarinet in the first half of the century was one of the primary instruments in the music, many works called for clarinet soloing of a virtuoso nature, solo roles that encapsulated some of the jazz feelings of improvisers yet were firmly planted into the soil of the particular composer's personal vision of a hybrid sort of music.

Clarinetist Gary Gray has drawn upon such music, both early and later, as a springboard for his solo album Shades of Gray (Centaur 3251). It is not 100% a jazz-themed album, but the influence on various composers is never far.

We get some of the staples of the repertoire, such as Gershwin's "Three Preludes" (1927) which is adapted for clarinet and piano. Similarly Gary and Bill Cunliff do a clarinet-piano adaptation of "Rhapsody in Blue" (1926). From there we get a pleasing potpourri of works, some rearranged classics like Billy Strayhorn's "Lush Life" (but the Hartman/Coltrane version was so definitive it seems less critical to recite the lyrics here), Jobim's "Wave" and such. There is also Kenny Burrell's "Blue Muse", which fares well.

And then there is greater-or-lesser inflected jazz-meets-contemporary-classic works by Gernor Wolfgang, Mark Carlson, Charles Harold Bernstein, and Bill Cunliffe.

Gary Gray's clarinet is exemplary, the program is filled with good things, all in all, and time goes by swiftly when you are under the spell of the music. As long as one keeps in mind that this is jazz seen from a modern tonal classicist's side of things (and Gray has an excellent feel for this end of the hybrid) you will find much to appreciate and like. This is classical modern music with jazz influences; it is not exactly jazz per se! And so what? It gives you a nice selection of such music, played well.