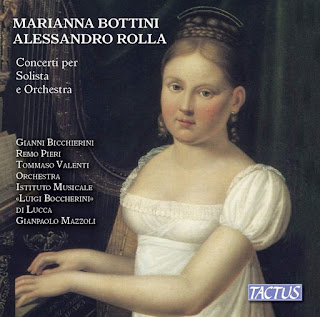 When you get complacent about music you need to shake things up a bit. In the brick-and-mortar record store days I used to go into one with the express purpose of taking a chance on something I had no idea about. Everything in the stacks in the LP days was laid out in alphabetical order and you chose of course to look in a bin that demarcated what you were limiting the search to, whether Classical, Jazz, World-Folk, or Rock, or whatever else. And the presence of liner notes and cover art could give you some idea of what you were getting. I think back and realize that much of my music appreciation education consisted of following a lead but basically flying blind. So Bach, Coltrane, Blind Willie Johnson, Mbuti song, the Mothers of Invention. . . all originally involved taking a chance on the unknown!

Nowadays that urge to explore new musical avenues can be satisfied in my regular reviewing rounds. If I come across something unknown I can request a copy for review. Other times people send things unbidden, unknown. So I keep stepping into new streams and finding out about music I would not otherwise know. The advantage to you, dear readers, is that when I discover music of interest I pass it along via these reviews.

Today that continues with a recording of Concertos for Solo and Orchestra (TACTUS TC00008) by unknown Italian Classical Era composers Marianna Bottini (1802-1858) and Alessandro Rolla (1757-1841).  The cover reproduces a painting of Ms. Bottini at the keyboard, very much in her prime, an arresting image of a musical person looking straight out of the picture frame unabashedly. Is her music as bold as she appears to us today? I would not say it is in any way reserved. So then I guess it is, yes. Certainly the music of both composers has a great deal of gregarious charm.

So to give credit to the music makers here first off, the Orchestra dell Istituto Musicale "Luigi Boccherini" di Lucca under conductor Gianpolo Mazzoli give the music a sweeping period brio and sweetness that goes far in putting the music forward in ways we can certainly relish. The soloists for the concertos are also first rate, namely Gianni Bicchierini on piano, Remo Pieri on clarinet and Tomasso Valenti on viola. There is a warmth to these performances that is also forwarded by the excellent quality of the sound recordings.

We learn from the liners that Marianna Motroni Andreozzi Bottini was a very prolific composer during her lifetime, that by marrying the Marquis Lorenzo Bottini she entered a very musical family. Yet most of her composing took place before her marriage, from the ages of 13 through 21!

Alessandro Rotta lived to the age of 84 in an age marked by a heightened nationalism in Italy. The "Concerto per Viola e Orchestra" has come down to us only in the survival of the solo viola part. Claudio Valenti has reconstructed or rather invented an idiomatic orchestral part that rings soundly true to the viola solo part.

Ms. Bottini gives us two charming, inventive and sometimes even glorious works that show her definite command and talent for orchestral writing. The short two-movement "Concertone per Pianoforte a piena orchestra" is an exuberant and rousing work with a pronounced sweetness.

The "Concerto di Clarino in Beffa" gives us another fine example of her work, with some ravishing clarinet parts and a pronounced orchestral flair.

Even if you had no inkling that you would want to hear two unknown but accomplished voices in the Italian Classical Era, you night find this music much to your liking, Plus, face it, how many  considerable women composers do we know of from this period? Here is one! I do not hesitate to recommend this to you. It is music of a substantial sort from a neglected avenue of the past.