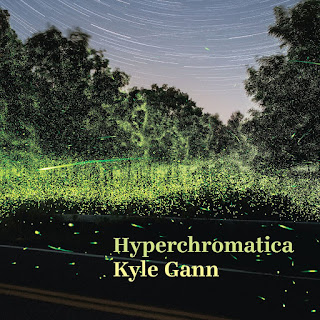 There was an old Odyssey LP out when I was a teen that dealt with quarter-tone music. Charles Ives' momentus music for quarter-tone pianos was on that disk, as well as several other modern compositions in the idiom. It was very much a revelation to me and as much as I expected some music revolution to come from the world's exposure to that music it never quite took place. Sure, there have been other, good-to-excellent additions to the possible universe of detunings and retunings but there was no mass exodus from the tempered scale into microtonality.

I realized at some point too that the avant garde in music might never quite replace what has been assumed outside of the vanguard. In the end we coexist in a multi-stylistic world where no one has been granted a hegemony and many of us recognize that stylistic plurality at the end of the day is a boon for those listeners and music lovers who would rather not be forced to choose a single way of moving forward in the way that Beethoven so wondrously changed virtually all classical music that followed. That post-Beethovian world is often enough implied even today as a framework for those more traditional modernists. And even some at the very edge in some ways.

Well at the same time the working within re-tuned and detuned modalities continues somewhere in the new world always. Lou Harrison and Harry Partch have been celebrated as the brilliant composers they were and with their music comes a new situation for tuning, often enough.

As far as Ives' initial foray into quarter-tone music, the situation was about the poly-tune-al rather than polytonal. Kyle Gann has created a startling set of some 17 pieces "for three retuned, computer driven pianos" recorded in lively sonic details onto two-CDs and taking some 155:42 to play back in its entirety. In many ways this music is in the direct lineage from the Ives quarter-tone piano works. Rather than keeping on while not saying, let me get the title and label out of the way now. The works as a whole go under the name Hyperchromatica (Other Minds Records 1025-2 2-CDs). There are to be heard poly-tune-al, polytonal and sometimes polyrhythmic dimensions. All with a compelling and ever-differing compositional clout. . .

First, about the tuning itself. Gann divides the octave into 33 just-intonated tones, each a harmonic of E Flat.

And so like Ives at least most of the time these are tonal and through-like compositions that if they were not hypertonal and hyperchromatic in their radical division of the spectrum of tonal divisiveness would have a kind of homespun melodic-harmonic communicativeness that sounds compositionally direct. For that you have to imagine how these pieces might lay out in a tempered-scale rendition. And in some many ways Gann like Ives recognizes that a kind of literal laying out maximizes the sort of recognition that a diatonic-chromatic unfolding of an alien sort of tuning system makes possible.  The listening mind thereby becomes hyperresponsive to the eerie consistency of the alternate tuning universe in imaginary parallel to conventional tempered laying out. So the listener can identify and mentally measure aural space as she hears. Or he hears.

Later on there are more spatially processual pieces that play with simultaneous gestalt rabbit-duck velocity oscillations that contrast against the tuning expansions to work on multiple levels.

It all rivets to attuned receptive listeners and creates the effect you have or might have had when viewing for a protracted period the upside-down image in an old camera obscura. At first there may be a kind of queasiness when acclimating to this dramatic tuning. Then like the camera obscura experience the perceptive mind may compensate (it eventually did for me) and you suddenly turn in your mind the sound image rightside-up, so to speak. Or in simple terms you learn to hear the new proportions and a retuned world in its own right as natural and consistent.

All this experience can be had repeatedly by getting the music and playing it over again. There is no other real way to understand the music except via the senses, over time and much more than a few times. The effort is well worth it. Bravo! It is a major landmark in microtonal music.
Posted by Grego Applegate Edwards at 7:49 AM