Ludovico Einaudi, In A Time Lapse, And Some Thoughts on Melodic Form 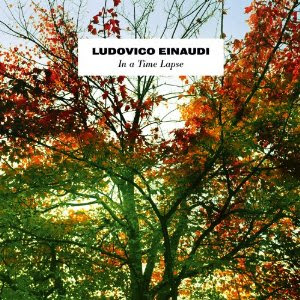 There's been something happening in contemporary music that I find interesting. So bear with me while I cover some ground. And pardon the simplification. Go back if you will in your head to older forms, chants that involve ritual--I mean Gregorian and Ambrosian Chants, Byzantine Chants, Vedic Chant out of India, Jewish Cantorial Liturgy, Islamic Koran chanting. For the most part these forms of music (not always called music) are based on sacred texts that are not primarily symmetric; they are not treated in the form of metered poems. The music is usually diatonic (based on major or minor scales) and/or modal (based on particular beginning points within that scale). And by following a prose text the music does not assume a periodic symmetrical set of verses or stanzas so much as unfolds with asymmetry. In that way the chant is not in a song form. The notes have a logic but not an easily assimilated singability. It is no accident that your mailman does not whistle Gregorian Chant when he delivers your mail.

Aside from the rarefied world such chants occupy, and the supreme importance of sacred text for them, they do not have the easily assimilated symmetry of a "Yankee Doodle." They may not be amenable to thinking in terms of bar lines and regular recurring groupings.

Meanwhile in the secular worlds outside of chant, song form mostly prevailed, with pulsatingly metered poems set to music and the recurrence then of symmetrical verse and chorus forms. This in turn you might trace through the history of classical music, in the logic of sonata form, etc. Asymmetry still survived too, in later sacred music, fantasias, developmental passages, etc. This is not the place for that discussion.

Some of the music we experience today tends more towards chant than song form. Of course Rap/Hip Hop can be that. And in the classical world a diatonic asymmetry became part of some of Satie's music--think of parts of his Furniture Music and some of the piano pieces. They don't always have song-like periodicity and they often are diatonic.

John Cage throughout his life rebelled against periodic song form and created at certain points diatonic pieces that either directly imitated Satie or were put together by chance and for the most part followed an asymmetrical path.

In both these cases the regular cadence of poem and the song form associated with it were put behind in favor of a melodicism that returned to the ritualized world of chant--though there ordinarily was no prose text behind the music.

Flash forward to today and what's happening in some new age and minimalist classical music. In many ways minimalism and new age are miles apart, in that new age music can be today's equivalent of Furniture Music, Muzac and elevator music--music designed specifically NOT to be heard, to be background, to be non-consciously experienced. On the other hand minimalist composers expect to be listened to.

Nonetheless both musics can have the tendency toward a ritual, asymmetrical diatonic melodic structure. At the same time, in both musics what was ordinarily the background accompaniment in song form often becomes the subject: the patterns of figuration, the non-song melody elements come to the fore. In this way we experience a heightened sense of time passing, of rhythm. OK, then what about African and Indian musics? Don't they also do that at least in part? Yes, that's true of both musics sometimes and perhaps their influence is in part responsible for developments taking place in new age and minimalism.

At any rate composer Ludovico Einaudi, in his orchestral-piano music for In A Time Lapse (Ponderosa) exemplifies the tendency on the new classical, minimalist side. Background is often foreground, melody is often of the asymmetrical diatonic sort, almost ritualized.

Now the fact that it partakes of elements in common with new age music in this way means it is music that can be pleasantly ignored, though I can only assume the composer wishes to be listened to. And it brings your attention to time by putting the time element in the foreground.

It does help explain the popularity of the music. If it is new age music it is very, very well written new age music. But it also bears scrutiny whereas much new age music does not, so it earns its place as a part of the minimal classical camp. There is repetition, there is often melodic non-directedness or asymmetry, there is a diatonic overall melodic tendency.

It is music that CAN indeed be in the background for those who look to play music they do not listen to, but it is too good to ignore. Now that means, in my mind, that listening closely to this music is like attending closely to a ritual. That content becomes subsumed to present form. Like a chant, you experience it in a singular way and it does something to you--perhaps mesmerize is still the right word, but more than just getting you off in that way, it ritualizes your life in a world where ritual has diminished as a whole.

The point ultimately is that this music bears listening to. He appears to be moving in a particular direction with minimalism, one of a number of developments, not always mutually compatible. Let me save that discussion for another day.

In the meantime, listen.

Posted by Grego Applegate Edwards at 8:02 AM