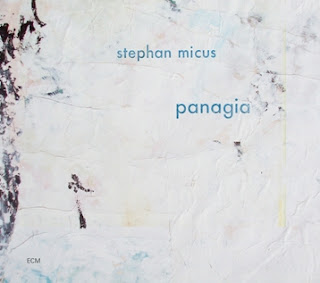 The strains of early music are never far from earshot on Stephan Micus's latest album, Panagia (ECM B0018009-02). In fact ancient choral strains, plainchant, Orthodox chant, organum and middle-ages modality are inherent in what he is doing.

It's Maestro Micus in his 20th album for ECM, celebrating his 60th birthday, in a setting to music of six Byzantine Greek prayers to the Virgin Mary. He uses his vocals in multiple tracks to create choirs of archaic beauty, or singly to launch into song. He plays for this recording an exotic array of instruments, including the Bavarian zither, dilruba, chitrali sitar, sattar, 14-string guitar and nay.

There can be ensemble sounds or just single accompanying instruments.

Whatever the mix, it is stunning music, early-new music for today, composed today, performed today, but ultimately timeless.