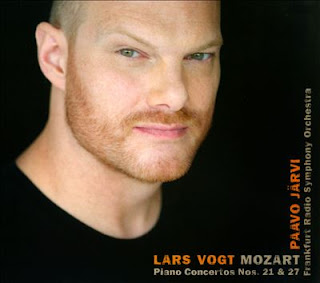 Of all the composers in the pantheon, Mozart may have been the one with the most native genius. He was reputed to hear whole compositions in his head before he put them to paper. His music, especially the many Piano Concertos, can sound effortless. But then arguably the classical period had the most in the way of preconceived forms, movement sequences that were more or less standardized, sonata form structures that laid out what was to be done with thematic materials and the like. We know that these forms were subject to continual variation and innovations from studies done in the past century. But when we listen to a Mozart Piano Concerto there is such a concentrated lucidity. such a wealth of invention that flows so easily to its goal that we could imagine that putting one of these together was a fairly simple matter for Mozart.

After all, the showcasing of his virtuoso piano style was one of his bread-and-butter activities. That explains why he wrote so many. Yet the facility he doubtless had doesn't really mean that he did not have to work at it. It wasn't all inspiration and ease. It couldn't have been.

Whatever the case, Mozart's Piano Concertos are some of the very finest examples of his era. He did much to make the form a kind of institution in the years to come. And the best literally overflow with melodic excellence.

Today we have a very nice recording of two of the later concertos, Nos. 21 & 27 (Avi-Music 8553257), performed by pianist Lars Vogt with Paavo Jarvi conducting the Frankfurt Radio Symphony Orchestra.

They are delightfully done, filled with spirit, sonically excellent and performed with a near-perfect balance of feeling and forward motion.

If these sound easy to have written, they most certainly weren't. It is part of Mozart's genius to make the music he wrote sound inevitable. Perhaps you don't get that in Don Giovanni or his Requiem, because they have some colossal expression to them that the concertos do not. But a close listen to concertos 21 & 27, especially in the expert sympathetic hands of the performers here, reveals near perfection of form and content.

It would take a Beethoven to make the concerto seem "difficult" again. These Mozart works achieved the maximum in inventiveness within the forms of the day. No one did it better. And these performances bring us as close as you get to the mind of the master composer. So do not hesitate.