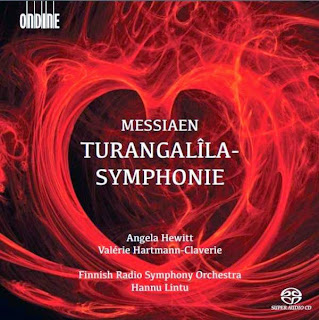 In the early '50s Mercury records began recording symphony orchestras in their respective concert venues, using only a single microphone positioned in an ideal spot in the hall where the full balance of the orchestra would be optimized in ways the ideal audience members in the acoustically best seats might have heard the music. The Kubelik version of Pictures at an Exhibition with the Chicago Symphony was recorded this way with spectacular results. I still have an original vinyl pressing of the recording and it still sounds rather great, considering it is now over 60 years old and has been played a fair amount.

Of course those were the mono days, so one mike was all you needed in theory. But it supposed that the conductor and orchestra (and the orchestration) were fully realized in terms of balance and that the hall itself faithfully reproduced in all ways what the orchestra was doing.

Later on as recorded technology became more sophisticated, orchestra and conductor collaborated more and more with the record producer. Multi-microphone and multitrack recorders made it possible to spotlight various sections of the orchestra and if necessarily rebalance the sound to bring out aspects of the orchestration that did not project in real time but were critical to the whole. The audio team at London Records was especially fabulous using this method for complex forces and special effects in their opera series.

But the results could vary, of course.

I bring all this up in regards to Messiaen's 1946-48 masterwork Turangalila-Symphonie, a sonically complicated work of great power and contrast, a complicated aural mix of large orchestra with plenty of percussion and critical parts for piano and ondes Martenot, the latter an early electronic instrument that produces inimitable electronic tones by means of a keyboard.

It is a work of contrasting thematic elements which occur and recur in various combinations throughout the work. I have had a number of different recordings since I first starting appreciating the work in my late teen years. The version I most heard was a vinyl disk of Ozawa and the Boston Symphony. Their performance had great spirit and fire. It has become the benchmark recording for me vis-a-vis other recordings.

And so now we have a new version by Hannu Lintu and the Finnish Radio Symphony Orchestra (Ondine 1251-5), with Angela Hewitt taking on the solo piano part, Valerie Hartmann-Claverie on the ondes Martenot.

This version is remarkable on several fronts. First of all it is a version with the most judicious balance of forces I've yet to hear in a recording of the work, and I believe I've heard them all. The Ozawa tended to spotlight particular musical elements rather than get a full representation of what is in the score at all times. There are times when that (and similar balances in other recordings) did not do justice--to the full strings in collage-like contrast to a theme taken up by other orchestral sections, for example. Similarly there were times when the piano and ondes Martenot were highlighted, other times where they were barely audible. Not so, the Finnish recording. And it opens up the music considerably as a result.

Lintu, the Finnish Orchestra and the production team at Ondine get all in focus for the recording and the results are magnificent, stunning. There are times when Messiaen was reaching for complicated melds of contrasting figurations working against each other and those come through here in all their chaotic glory.

Perhaps even more importantly this is the most exciting recording of the symphony I've heard, by far. There is something to be said for our collective understanding of a bold new work developing and maturing over time. This was once a shocking piece. It now is well-loved and familiar to many. That familiarity helps us in grasping the work as a totality, and so the right conductor, orchestra and soloists may come to us with a good idea of where they are going with the music. And so they can take us there. Angela Hewitt plays the often fiendishly difficult piano part in a manner I can only call spectacular. Ms. Hartmann-Claverie excels in her ondes Martenot reading as well. And the Finnish Orchestra under Lintu give us a magnificent reading, savage and tender, mysterious and almost ribaldly colloquial, sometimes all at once. Messiaen meant us to hear all of these in combination, sometimes in clashing confrontation with one another.

Hannu Lintu and the forces give it to us without hesitation, with a sure sense of time and nuance. Moreover the recording is not only ultra-balanced, it is state-of-the-art!

Needless to say this one is strongly recommended. A more committed and true-to-life recording of the Turangalila you will not find, in my opinion. The Turangalila is landmark Messiaen and Lintu gives us a landmark performance! Indispensible!