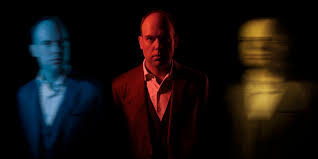 With the world of New Music on the Modern scene today there is of course music of a more virtuoso nature than some of what we have been talking about lately. We would be remiss to leave it out of our discussions. Cue Josh Modney, an extraordinarily adept violinist who recently gave us a wide-ranging, adventurous three-CD set entitled Engage (New Focus FCR211). Modney has been a key member of the Wet Ink Ensemble, ICE, and a former member of the Mivos Quartet. I've discussed some Wet Ink Ensemble gems lately, and now I am glad to talk about this ambitious set.

Trumpet master Nate Wooley in the liners wonders whether we have gone beyond Modernism. Is it a tautology? Is it simply a term that describes whatever it is that is happening now? It does in many ways, sure. Yet like "Ars Nova" it tends to stick to a certain grouping that started with the dubbing of music with the term "Modernism" early last century or so. Nate asserts that the music in the current set by Modney is new, put to us in the moment as a product of the Wet Ink collaborative efforts. And good for that. It is new New, surely, with plenty of forward motion in extended techniques, expressive mountain peaking, a bold step into the now, for certain.

It is complex, neither overly concerned with tonality nor determined to eschew it altogether. It neither insists on repetition nor rejects it. It looks to all accepted and some new ways to sound instruments and to put forth a musical voice consistent with a future pointing.

The music on the three disks covers much ground and happily so. Eric Wubbles's 2012 "the children of fire come looking for fire" with the composer on piano and Josh on violin is probably a good place to start, as it neither rejects previous Modernisms nor does it enshrine them. The prepared piano and wide-travelling extended violin techniques band and blend together in very attention-grabbing phraseologies that make us feel we have entered new musical practice and perhaps also Musical Praxis, or a doing as a becoming.

From there you might explore Modney's just intonation version of Bach's unaccompanied "Ciaccona," which considerably radicalizes our perception of tonality and shakes our foundations a bit, always a healthy thing.

Yet we should not neglect the first disk and its wealth of provocative music, played with real fire and zeal. Solo violin and ring modulation take the sounds into a wonder-world with Sam Pluta's opening "Jem Altieri with a Ring Modulator Circuit." Taylor Brooks' 2007 "Vocalise" blends drone and violin for a contemporary hurdy gurdying. Kate Soper's fabulously inimitable vocal-instrumental synergies come nicely together on her "Cipher." Then Anthony Braxton reminds us why he is at the forefront of New Music practices with his "Composition 222." A bracing disk, certainly.

And we conclude with the third disk, which in some ways decisively takes the avant cork forever out of the genie's bottle--if that makes any sense. It is an entire disk of Josh Modney's "Violin Solos" (2017), five sequences that define "new" as a lively plummeting forth into the extended technique center and then still further into the outer realms of possibility. The violin becomes a sound-force considerably more varied than what we typically have thought about it in the past. And so it is indeed an exciting improv-like jettisoning of a staid before in favor of a full-throttle thrust into a cosmic future. Pitch, timbre and intensity move together variably to map out a possible violin world we have not heard quite like this before.

This is a seminal offering that shows Modney at the edge of forward movement for the violin today and so too the music he chooses to play is similarly situated. Put the two together and you have a guide to some of the tomorrow Nate Wooley speaks of in the notes to this fine set. Highly recommended for any serious futurist out there.
Posted by Grego Applegate Edwards at 9:33 AM