If, Bwana, The Rationale for a Space Telescope 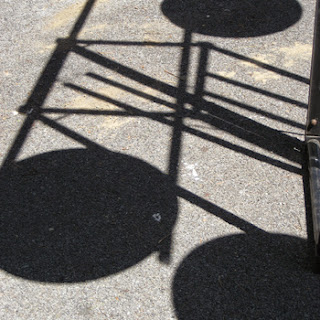 The If, Bwana group has been making some unpredictable and interesting avant music for decades now. It is a loosely shifting configuration of players headed by Al Margolis, who generally constructs the compositional frameworks and gathers together musicians best suited to playing them. A more or less recent download-only album, The Rationale for a Space Telescope (Pogus, Bandcamp) gives us a new set of sounds to contemplate and get inside of. I've been doing that.

Five different compositions are featured on the album, making good use of Daniel Barbiero on contrabass especially, but also Nathan Bontrager on cello, and Viv Corringham on voice. The studio situation is made good use of via multi-tracking and overdubbing to create ensembles of bass, bass with cello and the two with voices. Margolis operates in the realm of bowed sonorities both tuned and using quarter tones, harmonics and such. Some have a drone-based sound, others activate shifting sound colors born of strings, especially the bowed contrabass, still others create landscapes of gradually encompassing continuousness with both vocals and strings collaging in a sort of spatial clustering that occupies its own world.

Barbiero's rich bass tone predominates through much of the music and sounds especially well. But then Bontrager's cello and Corringham's vocals add much when called upon, depending on the work. The effect is a sort of organic electro-acoustics born of Margolis's keen sense of recombinatory logic. There is both a spontaneous feel and a use of full string sonority in this music. It is not as much formal as it is experimental, which is in keeping with the If, Bwana ethos.

It's music that provokes a response, willy nilly. Listen and be carried away by the sounds you must do or leave it alone, for there is no passive middle ground with this kind of sonics. If, Bwana has always been on the more adventurous side of avant music congregrations. The adventure continues here, quite nicely at that. To find out more or to buy a download go to http://ifbwana.bandcamp.com/album/the-rationale-for-a-space-telescope