Brooks, The Passion, Bang On A Can All Stars & Contemporaneous, David Bloom 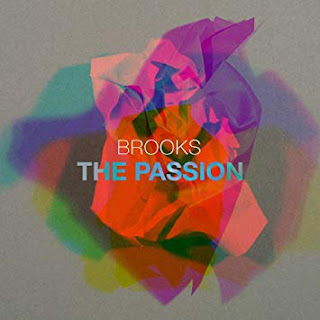 From composer Jeffrey Brooks and the Bang On A Can folks comes a major Minimalist music event called The Passion (Cantaloupe 21146). It is a full length work in three movements for several mid-sized acoustic and electric chamber outfits (amplified chamber orchestras, to use the liner terminology) with some vocalists reciting a bit in the middle and singing rather sweetly at the end. It has the thrust of Rock (with guitar, bass and drums helping that along greatly) and a kind of insistent layering like Balinese Gamelan except further into the Minimal fray of the Tonal Modernist present. And it sounds perfectly well, even better as you listen again.

The work took definitive shape after Brooks thought about the effect Michael Gordon's "The Treewatcher" had on him when he first heard it in concert as a student in New Haven. And then after some preliminary work on the piece Brooks subsequently heard of the untimely death of his friend and associate,  fellow-composer Steve Martland. At that point the music became suddenly and necessarily about the tragedy of loss of this wonderful spirit. So Brooks began moving ahead with his now revised thinking about the piece he wanted to write by considering Bach's moving "Capriccio on the Departure of A Beloved Brother."

From there and the quotation of same from an old vinyl record of the Bach all comes together and moves forward memorably. The three sections, "After the Treewatcher," "Capriccio On the Departure of A Beloved Brother," and the concluding "Passion" with its hypnotic vocal melody, the entire sequence seems aesthetically inevitable and right as we hear it in final form.

Like Rock or Blues or various World Musics, the Modernist use of repetition is only as worthy as the musical motifs involved and the relative weights put on them, and then of course the performativity of it all.  Brooks gives us musical motifs that stand out and works them together in ways that have some true weight, an outstandingly well wrought singularity that puts the music in a place one wants to return to again, and then again  That at least has been my experience, a happy one.

I do not hesitate to recommend this one for anyone who knows or who wants to know what Bang On A Can is about. This is an excellent example, the Brooks piece is among the best of such things in this decade. Hear it! If you cannot get to the upcoming MassMOCA Bang On A Can extravaganza this will help tide you over nicely.

Posted by Grego Applegate Edwards at 9:00 AM

Email ThisBlogThis!Share to TwitterShare to FacebookShare to Pinterest
Labels: brooks the passion bang on a can all stars & contemporaneous classical-modern review, minimal modernism today, state-of-the-art minimalism from bang on a can