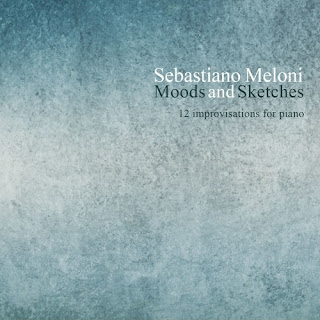 Improvisation on the keyboard was very much expected of the leading classical musical minds in earlier years. And what came about was framed by the compositional practices of the time. So Johann Sebastian Bach might improvise elaborate fugues based on a particular theme; Mozart was known to create brilliant variations spontaneously on a theme given to him at the spur-of-the-moment. Fantasias were possible and were another, more free option, but of course what came out was something the composer might have more carefully worked over in a formal composition. There were definite resonances between the improvised and the composed.

Today's new music pianists may be called upon to improvise, and again, what comes out has some relation to what they might sit down and compose. It is interesting to compare the avant jazz composers and their improvisations with what the avant classical players might invent. The basic language may be different, though there are intersections with what a Keith Jarrett might do freely and what a classicist tends towards. In the pure realm of jazz, Charlie Parker's compositions were closely related to what he improvised, for example.

All this serves to introduce pianist-composer Sebastiano Meloni and his album Moods and Sketches: 12 Improvisations for Piano (Big Round 8945). Maestro Meloni sets about to give us a series of intriguing and stimulating spontaneities. As stated in the liners, he "often decide[s] which forms, sounds, timbres or registers [he is] going to explore ahead of time. [His] purpose is to make atonal improvisations a compositional language, which means strict rules and attention to form."  And so you tend to hear in his musical musings something a bit more structured than what a jazz player would do when playing "totally free." But in the end someone like a Cecil Taylor or a Connie Crothers plays freely in structured ways as well, only the language is somewhat different. There is a lineage that differs and so the music generally differs as well.

In a general way this may be somewhat moot when experiencing Meloni's album. For the music that results is fascinating and beautiful, not meant to be listened to analytically so much as appreciated for the flow and expressiveness of the various segments. Yet the symbiosis still holds.

And so also whether you listen to this album from the perspective of the jazz or the classical camps, or both, you find yourself reveling in the sheer inventive brilliance of the music. Meloni has a rich musical mind that can and does find fertile territory wherever he turns. It is modern in result, but richly lyrical and impressionistic at the same time.

An excellent performance. I do very much recommend you listen.
Posted by Grego Applegate Edwards at 5:27 AM